How does alcohol metabolise in the blood?

Once alcohol is consumed a small portion of the alcohol which is not absorbed into the blood is expelled fairly quickly from the body in the form of breath, sweat or urine. The majority of the alcohol you drink enters the blood in much the same way food does.

Know you BACs from ABCs

The amount of alcohol which is absorbed into your body upon consumption is known as your Blood Alcohol Concentration (BAC). Once consumed alcohol will pass through the oesophagus and down into your stomach. Alcohol which is absorbed through the lining of the stomach or the small intestine makes its way to the liver where it will be slowly metabolised into non-toxic molecules by the liver’s enzymes. Alcohol is metabolised by the liver at a rate of roughly 0.015 BAC per hour.

If your body’s BAC increases above 0.05 you will likely experience the unpleasant side effects associated with alcohol consumption, a ‘hangover’. You experience a hangover when unprocessed toxins from the alcohol you have consumed remain in your body.

Alcohol is metabolised by the liver at a rate of roughly 0.015 BAC per hour. If your body’s BAC increases above 0.05 you will likely experience the unpleasant side effects associated with alcohol consumption, a ‘hangover’. You experience a hangover when unprocessed toxins from the alcohol you have consumed remain in your body.

Drinking alcohol will stop the body from metabolising fat!

Since alcohol is a toxin, the liver will solely focus on its metabolisation at the expense of all other metabolic functions. Unlike the body’s other key constituents, such as fat, protein and carbohydrates, alcohol cannot be stored in cells and hence it must be metabolised into carbon dioxide and water immediately. 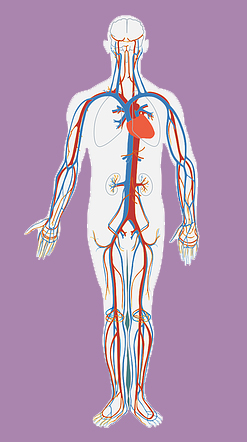 How alcohol passes into the blood

Once alcohol enters your body it will be transported down to your stomach. Here in the stomach a small amount of alcohol passes through the stomach’s lining or ‘mucous membrane’ and into the bloodstream, a process known as ‘diffusion’. Alcohol which makes its way into the bloodstream will be carried to the brain giving you the feeling of being ‘drunk’. Eventually, alcohol will make its way to the liver for metabolisation. Excess alcohol not absorbed into the blood via the stomach will make its way to the small intestine.

Since the small intestine has a much larger surface area than the stomach a large proportion of the alcohol will pass to the blood here. Alcohol which is not absorbed into the blood through the small intestine will be expelled from the body via urine and your breath. This allows the ‘breathalyser’ test to be completed on those who are suspected to be driving whilst under the influence of alcohol.

How alcohol is processed in the liver

Alcohol in the blood will make its way to the liver for metablisation whereby alcohol is converted into hydrogen and oxygen by the liver’s enzymes. A process known as ‘oxidation’ is carried out in the liver in order to neutralise the toxic build-up of alcohol in the blood. If this process of oxidation is not possible due to alcohol-related liver disease a dangerous build-up of toxins will build up in the body and damage the body’s organs and cells.

However since the liver is only capable of processing 0.25 of an ounce of alcohol per hour, the body’s BAC will increase if you continue to drink over and over this amount so even if you’ve got a perfectly healthy liver you still risk exposing your organs to alcohol’s toxins if you regularly drink above the recommended limit of alcohol units for your sex.

Because alcohol is metabolised at a slower rate than it is absorbed, if you are to give the liver enough time to metabolise the alcohol in your blood without causing a build-up alcohol-related toxins, you must limit how much alcohol you drink per hour. The means time is the only true way to ‘sober’ up if you drink too much alcohol. No amount of cold showers or black coffee will decrease your body’s BAC! Giving the liver enough time to break down alcohol into hydrogen and oxygen is the only permissible way to ‘sober up’.

Call us today on