As you will be aware, we are currently facing the coronavirus pandemic. Our rehab centres are still running as normal and we are taking every precaution in the fight against the virus.

Is Drug Addiction a Disease?

Over the past century – drug addiction has been a very polarising phenomenon. Tens of thousands of people each year die due to drug-related incidents or illnesses, yet many people every year still abuse these drugs – while knowing it will lead to death one way or another.

It is very counter intuitive to keep doing something as well documented as drugs, that is clearly damaging your health – both mentally and physically. So why do people keep doing drugs, even in the case that the person using it knows it is the most destructive substance they could use?

Is Drug Addiction a Weakness? 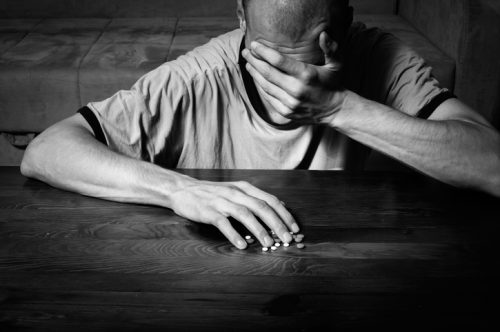 One of the most popular theories about drug addiction is that it is simply a character flaw. In many cases, it is actually an understandable point of view, as outsiders often cannot see the workings of the brain from the outside – and neither can the person who is the addict.

Drug addiction starts due to experimentation – which is a choice at that point, as your body is not addicted to that drug. This is a point made by many people who are proponents of the idea that addiction is indeed a simple weakness that is the fault of poor decision making. However, this statement is quite easily refutable as experimenting with drugs is often done at a young age. Most experimenting is done between the ages of 15 and 21 – where your brain might not have fully formed yet to understand the consequences that come with drug abuse.

We think that the notion that “drug addiction is a weakness” can be refuted quite simply. Recent research showed that people who suffered from alcohol addiction, cocaine addiction and marijuana addiction all have an addiction resolve rate of more than 90%. If you factor in that these drugs – alcohol specifically – can lead to severe withdrawal symptoms when an addict stops using these substances abruptly. They are absolutely not pleasant. A few examples are anxiety, depression – or severe physical symptoms such as tremors. 90 percent of addicts survive this and lead to live lives happier from that point on. At Cassiobury Court, we find that not to be a weak character, but a very strong one instead.

At Our Alcohol Rehab Centre London and Drug Rehab Centre London, we believe that drug addiction is absolutely not a weakness. In fact, we have seen multiple addicts come out and admit that they are addicted – in conditions where it would be much easier to keep quiet and suffer in silence. Call our Alcohol Rehab London Centre today for more information about alcohol rehab.

Is Drug Addiction a Disease?

We think that this is the correct way to look at addiction. Various brain scans have compared someone’s brain in the case of addiction with a brain of someone who is not addicted. The difference in brain activity was striking. A person who is addicted to alcohol has a completely different manner of thinking in comparison to someone who does not drink or do drugs.

Substances and the brain have a problematic relationship. As odd as it might sound, most substances such as alcohol do shrink your brain. As alcohol causes dehydration, the natural process of a shrinking brain gets accelerated. This could possibly lead to illnesses like dementia.

To add to that, alcohol damages parts of your brains that regulate your personality. Often, many addicts act odd after addiction takes place. According to their friends, family and other loved ones. This is due to the fact that addiction hijacks parts of the brains that prioritises and focuses on previously important things such as family, friends and employment.

You are also more likely to develop an addiction to drugs if you suffer from a common mental health ailment. This is because people who suffer from mental health ailments are known to ‘self-medicate’ the symptoms of these underlying illnesses with illicit or prescription drugs. Examples of these ailments include anxiety, depression, schizophrenia, Post Traumatic Stress Disorder (PTSD) and an eating disorder.

Addicts simply cannot stop drinking or doing drugs, even if they physically wish not to. This is a clear indication – and answer on the question – is drug addiction a disease? We believe it is. We do believe however, that like any other illness and disease, it is possible to treat it – and we can offer you that treatment.

At Cassiobury Court, we offer the option to enrol in our drug rehab programme or our alcohol rehab programme. Many of our staff members have suffered from a drug addiction themselves and have experienced what you are going through yourself. We also have medical staff available at all times who can help you with the detoxification process. As stated earlier, withdrawal symptoms can be particularly difficult for many people. Having dedicated staff available round the clock to administer medication to make the withdrawal period significantly easier for you.

We also offer a drug rehab and alcohol rehab service based on therapeutic treatment. CBT is an example of one of our therapeutic treatments. CBT stands for Cognitive Behavioural Therapy and can help you break through the barriers of addiction. CBT also helps addicts and ex-addicts to learn to deal with cravings and emotions that could lead to cravings for a drug. Alternatively, we offer other therapeutic treatments that are more holistic, such as massages and meditation. This is helpful to lower your stress levels during rehabilitation.

This sound like the right place for you to get clean? Do not hesitate any longer. You can call us today on 01923 369 161 for more information.