Is Alcohol a Drug?

Question: Is alcohol a drug?

The more complicated answer to this question is that alcohol is officially classified as a central nervous system depressant. Drugs that are categorised as depressants such as alcohol also include weed, as it also causes a similar effect on your body and brain.

A depressant causes a slower reaction speed and slower brain functions which can lead to the relaxing effects that can sometimes counteract the effects of anxiety.

So while drinking large quantities of alcohol may allow a person to talk to strangers at a party, it also reduces their inhibitions and makes it much more difficult to make safe and timely decisions.

This is why it is so dangerous to drive under the influence of alcohol or any drugs, as you are not able to react quickly enough or take dangers as seriously as you should. 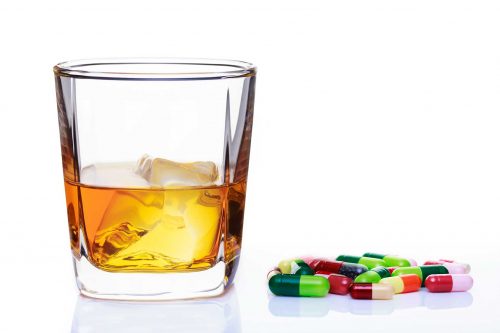 After drinking large quantities of alcohol, you can easily experience a depressive episode which can involve:

It is not uncommon for some people to drink specifically for the results listed above. For example, those struggling with severe anxiety may use the effects in order to try and live a normal life, or someone with chronic insomnia may drink themselves to sleep.

Like any other chronic condition, mental health issue or physical health issue, there is no simple answer. While alcohol is a drug, it is not one that can treat your or anyone else’s mental health issues. Any benefits that come from the depressive effects alcohol has on your brain will be temporary at best. In the end, all alcohol will do is cause more damage and create a dependency on drinking in order to do day to day tasks.

Alcohol is not the answer. Instead, it is a plaster covering a wound that will become infected if not properly treated.

In smaller quantities, alcohol can be used as a stimulant resulting in:

It can, however, also result in:

Again the positive effects can be perceived as helpful for those suffering from depression or bipolar disorders as a way to elevate their mood. But self-medication through alcohol will not help in the long run.

It is also a very delicate balance as too much can result in depressive qualities taking effect. It can also make existing depression worse through comparison and reliance.

In the UK, it is very easy to develop a dependence on alcohol due to the large drinking culture we have over here. Most public events have drinking encouraged, and for someone who may already struggle, then any encouragement to drink will be enough.

How Do You Become Addicted To Alcohol?

There is no universal amount of alcohol that can turn a drinking habit into an addiction.

It is a unique situation for each person, one that can be determined by a number of factors.

For example, some people are genetically more likely to develop an addiction due to a hereditary dopamine deficiency passed down the family line.

Addictions are formed when your brain is introduced to a stimulant that produces dopamine, the feel-good chemical that allows you to experience pleasure. This dopamine production is the rush that many feel when they drink alcohol. However, over time the brain becomes used to the elevated levels of dopamine. Therefore, it will require more and more alcohol in order to produce the same rush/ drunkenness.

This is when a higher tolerance is developed, something many people use as a way to dismiss the amount they drink due to how it doesn’t affect them until they have more than the average person.

Eventually, a person’s brain will believe that it needs alcohol to produce any dopamine at all and will essentially panic if it does not get the alcohol it craves, resulting in withdrawal symptoms.

If a person has a genetic dopamine deficiency, they can begin this process much more easily.

The same goes for someone who is using alcohol as a way to self medicate in order to cope with an undiagnosed mental illness such as depression, anxiety or PTSD.

There is also the issue of people being introduced to alcohol from a young age and never having a healthy relationship with substance abuse due to a lack of boundaries.

For more information on how addictions can be formed, please see the NHS official addiction page.

The Dangers Of Alcohol

You are also putting yourself at risk for the following:

Just because alcohol is a legal drug, it doesn’t mean that it is safe. Like anything else, it needs to be consumed in moderation that is safe for you and your lifestyle or not at all.

Suppose you are concerned about your or someone you know’s alcohol consumption. In that case, you can find more information about treatment options for alcohol addiction by calling 01923 369 161 or emailing info@cassioburycourt.com

What is the different between inpatient and outpatient treatment?

What is a medically assisted detox?

Medically assisted detox is a course of physical addiction treatment by which withdrawal symptoms are monitored and managed by trained professionals. Cassiobury Court administer this treatment at our rehabilitation centres detox clinic. During your treatment, any alcohol withdrawal and/or substance abuse withdrawal symptoms that you present with will be carefully managed with medication. The medication that you receive during this treatment will also depend on what addiction it is that you are overcoming.

Here at Cassiobury Court we want to make sure that our rehabilitation centres are a far cry from the sort of cold, uncaring places that you will see in movies. Our residential rehabs will provide you with a warm, private, ensuite room for you to enjoy during your stay. Furthermore, you will have three home cooked meals provided for you each day, all cooked by our nutritional specialist chefs. Finally, we also have recreational and entertainment suites/areas for you to relax and unwind when you are not engaged with one of our state-of-the-art treatments