Cassiobury Court offers cocaine addiction help to individuals looking for treatment and advice on the best action to take to best deal with the problem.

Addiction to the substance does not involve physical withdrawal symptoms when cocaine use ceases. However, cocaine is highly addictive, and cocaine overdose is a major cause of drug poisoning.

Since 1993, Cocaine deaths have risen by nearly 4000 per cent in the United Kingdom. This figure comes in conjunction with consistent rises each year in the number of individuals that are actively using the drug in the country.

An overdose from cocaine can cause death, this is due to the overwhelming stress that cocaine puts on the human cardiovascular system. A Cocaine overdose causes the arteries in the heart to contract, causing a heart attack. Cocaine also damages the brain by constricting blood vessels located in the brain. This may lead to a stroke and even death.

When you consume cocaine, you will feel a powerful but short-lived sense of euphoria. This is because cocaine stimulates chemicals associated with pleasure located in the brain.

However, following these feelings of pleasure, you will then begin to feel a number of negative emotional states such as paranoia, mood swings, insomnia and even psychosis. These negative symptoms associated with cocaine withdrawal are known as a ‘come down’ or ‘crash’. If you are acutely addicted to cocaine, you will also experience feelings of anxiety, depression, and dysphoria when your cocaine use is sufficiently cut back.

What are the signs of cocaine addiction?

Because cocaine is a stimulant, you will feel energetic when under its influence. You will feel confident, talkative and happy. When cocaine’s positive effects begin to wear off, this positive mood will be replaced by negative feelings outlined above.

If you abuse cocaine in sufficient quantities you will also put your physical health at risk. You will begin to experience a rapid and irregular heartbeat. Your blood pressure will increase to dangerous levels and you could suffer from a stroke or a heart attack.

This could lead to sudden death. Unlike an opiate or paracetamol overdose, there currently exists no antidote to a cocaine overdose. This means you are taking considerable health risks when you choose to consume cocaine.

Another sign of cocaine addiction is symptoms of a manic-like condition. Some medical experts have likened this condition to psychosis and schizophrenia. When this condition develops, you experience aggression, confusion, paranoia, hallucinations, and restlessness.

When you suffer from an acute addiction to cocaine, you may also begin to experience a feeling similar to small bugs running inside your skin. Other signs of cocaine addiction include depression, rapid weight loss, developing a pale appearance and relationship troubles.

What are cocaine addiction withdrawal symptoms?

If you are a regular cocaine user, you will likely begin to experience withdrawal symptoms when the drug is suddenly withdrawn. These symptoms are termed ‘withdrawal symptoms’. Some people have described these feelings as a ‘cocaine crash’.

Below, we list a number of cocaine-related withdrawal symptoms:

What are the risks of taking cocaine?

A Cocaine addiction does have risks associated on both a physical and social level. People can spend all their money to keep feeding Cocaine habit. This brings its own social problems and can really damage relationships with friends and family.

Cocaine is also particularly bad for you heart, people who are addicted to Cocaine have an increased chance of cardiac arrest as the drug makes the heartbeat faster. This can be fatal for a user, especially if they overdose on the drug.

People who snort Cocaine also damage the inside of their noses and throat and mental issues such as depression are common in Cocaine addicts.

If you experiment with cocaine when you are 12 or 13, you are four times more likely to develop an addiction to cocaine compared to those of you who started to use cocaine at the age of 18-20. 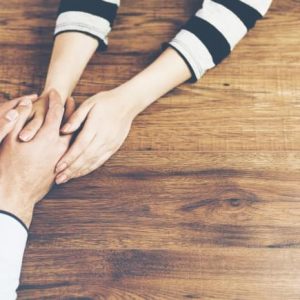 You will also be introduced to the 12-step cycle as practised by Cocaine Anonymous. Many cocaine rehab clinics like ourselves employ Cognitive Behavioural Therapy and Motivational Therapy because these therapies have been proven to effectively tackle cocaine addiction.

Get in touch today for Cocaine Addiction Help

If you suffer from cocaine addiction, perhaps your best course of action could be to consider spending a week or two at residential rehab clinics. Cassiobury Court offers cocaine addiction help which includes industry-leading cocaine rehab services in the South East of England, and across the United Kingdom through Step One Recovery. For more information and to finally turn your life around, contact our admissions team today on 01923 369 161.