Can Drug Addiction Lead To Depression?

About one in 20 people have officially been diagnosed with depression around the world.

It is a very common illness, and also possible to overcome with the right guidance. Depression causes people to suffer around the world, as it is a deadly illness that can lead to death if untreated.

Many drug addicts tend to struggle with depression, and the two illnesses are absolutely interlinked. However, it is like the egg and the chicken story. Which one came first? Both tend to induce the other illness into each other – and there are a variety of reasons for this.

Can Drug Addiction Lead To Depression?

Can drug addiction lead to depression ? The answer to that is yes. Depression is very difficult to cope with for many people, and alcohol and drugs gives people a sense of happiness in the face of depression.

However, the cause of the answer to the question “ can drug addiction lead to depression” is the fact that alcohol and other drugs lead to depression due to the effect of these substances on your brain. Alcohol and drugs make you feel nice for a while due to the push of serotonin and dopamine in your brain. Dopamine is a feel good chemical that allows you to feel worriless. 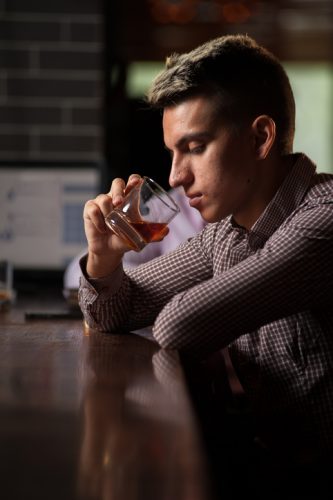 Addiction damages parts of your brain that regulate your personality. Often, many addicts act odd after addiction takes place. According to their friends, family and other loved ones.

This is due to the fact that addiction hijacks parts of the brain that prioritises and focuses on previously important things such as family, friends and employment. The alienation of your family, friends and coworkers lead to a loss of quality of your life – which in turn causes depression to become even more prominent.

Drug Addiction Leads To Depression – How Can I Get Treatment For Both?

Are you someone who believes that they suffer from a drug addiction and depression? Acknowledging a problem exists is the hardest part. You might look back on decisions you made under the influence of drugs and alcohol.

Or you’re worried about how often you take drugs or alcohol. It’s subjective, but once you realise you have a problem with addiction, the next step is to request or search for a form of Drug Addiction and Depression treatment at Cassiobury Court.

The first treatment that most clinics will offer is drug or alcohol detoxification. It means that your body is ridding itself of the drugs or alcohol in your bloodstream. This is mostly done by your liver, which breaks the alcohol or drugs in your body down. You’ll have to stop drinking alcohol and taking drugs for a few days, or even less to get it out of your system.

What happens after, is behavioural counselling. There is a therapist available for drug and alcohol treatment – and the subsequent treatment of depression.

Oftentimes, therapists and psychologists will help you understand your behaviour better, and help you identify moments where you start relapsing or craving alcohol or drugs. Psychologists could also find co-existing mental health issues during your behavioural evaluation if that is indeed the case – alongside your depression you might suffer from bipolar disorder.

Has your question “can drug addiction lead to depression?” been answered? Do you feel like you need help for both? Give Cassiobury Court a call today for more information.