At Cassiobury Court, we offer drug addiction help as we see it as our task to inform you and your loved ones about the dangers it brings to you personally – and to everyone else around you.

Recreational drug use is something that is performed by many people throughout the world. Especially in recent times, you often see drug use glorified by the media, pop singers and actors.

However, there is a dark side to it all. Drug use leads to drug addiction in many cases, and it happens to all types of people – and it does not discriminate either.

What Is Drug Addiction?

It has been a question that has been asked many times by people, yet society cannot provide a correct definition everyone agrees with. However, at Cassiobury Court we are inclined to follow scientific proof and the views of the National Institute on Drug Abuse who have confirmed that drug addiction is a disease.

This puts it in the same category as pulmonary diseases, cardiovascular diseases and other illnesses.

Drug addiction is a mental and physical condition, that is triggered by repeated drug use. Most drugs affect certain parts of your brain that regulate your emotions and feelings. An example is cocaine.

Cocaine is a drug that manipulates the dopamine regulation in your brain – It makes you feel happy, careless and most importantly, euphoric and self-confident. That feeling that is caused by an increase in dopamine is addictive itself as your reward system in the brain keeps seeking that feeling of happiness

After repeated use of a drug, your brain adjusts the regulation of chemicals such as dopamine. This leads to a process known as tolerance. You will need to take more and more drugs in order to reach that feeling of satisfaction.

What follows, is your brain being adjusted to outside stimulation of these chemicals. Scientists often claim that once your pursuit of getting high becomes pathological – drug use does not become recreational anymore.

Your Drug use becomes pathological when you cannot enjoy the drug-taking process anymore – nor are you able to abstain for a prolonged time.  You will feel like your body is missing something that is needed to survive if you do not take the drugs. That is how addiction starts.

What Can Cause Drug Addiction?

It is possible that you are easily predisposed to addiction due to your genetics. For some people, your brain could react a bit more aggressively to addiction. People who already have an existing mental condition could be at more risk. Especially as people with ADHD lack dopamine in the brain.

Genes could also play a part in determining whether you might be prone to become addicted.

Your upbringing is most likely to be the largest cause of drug addiction. Various situations in your formative years can lead to drug abuse. For example, having a parent who suffered/still suffers from an addiction – can decrease AND increase your chances of becoming a drug addict. There are various arguments to be made on each side.

To add to that, starting drugs at an early age could inhibit and stop growth – both physically and mentally. If certain parts of the brain stay underdeveloped, an addiction could be the result as risky behaviour is often a part of the development of a teenager. 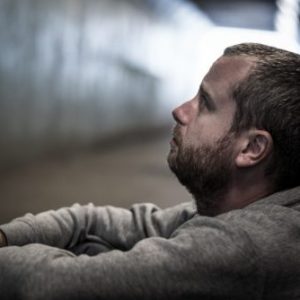 Many loved ones can tell there is something wrong with their beloved family member or friend, but pinpointing the issue is difficult as your friend/family member does not want to share – as drug addicts tend to keep their addiction quiet.

This is often due to feelings of shame, as there is still a stigma surrounding drug addiction worldwide. It is often seen as a weakness – but nothing is further from the truth. Drug addiction is a disease that is often too hard to battle on your own.

If you suspect possible drug abuse, you can look out for the following behavioural changes:

Some drugs tend to activate certain triggers in the brain that could set off aggression.

Have you noticed that your loved one has not been themself? Have performances at school/work been poorer than usual? Critical brain activity has most likely prioritised the drug over anything else, and everything becomes second fiddle to the substance.

Often, drug addiction becomes a very expensive disease. Drug addicts can spend a few hundred pounds a day on drugs. If you notice that the financial situation of your friend, family member or partner has become increasingly precarious without a viable reason, it could indicate drug addiction.

Heroin users tend to lose weight quickly due to a suppressed appetite – as it suppresses the hormones that trigger the feeling of hunger. Also, heroin causes your digestive tract to get blocked, which will make you feel full all the time.

Drug addicts often do not take care of their appearance. This is the result of a poor financial status and planning, and of complete disinterest in day to day tasks.

We understand that sometimes it may be difficult to understand how to spot a drug addiction through words. For this reason, we have created a video on how to do so:

The Difference Between Physical and Psychological Addiction

When delving into the subject surrounding substance abuse, you will probably come across references to physical and psychological addictions. So what’s the difference?

Physical addiction: is the effect of cells in the body changing when coming exposed to illicit drugs or alcohol, this makes them unstable and hard to function unless increased exposure to the substance incurs.

The effects that this causes is evident when experiencing withdrawal symptoms during the detoxification phase of rehab treatment, due to the body becoming dependant on illicit drugs, when it stops receiving them it can have painful consequences with common side effects being increased shaking, diarrhoea and abdominal pain.

It is for this reason that when going through detox with us you will be given prescription medications to help ease the withdrawals symptoms.

Psychological addiction: is a bit different, with no physical withdrawal symptoms being brought on while experiencing this type of addiction. Addiction is driven by the minds need and compulsion to abuse drugs.

Phycological withdrawal symptoms can include increase cravings, constant fatigue, depression, insomnia and problems with eating. These withdrawal symptoms only usually occur when an individual’s beliefs have been altered in order to change their ways when it comes to drug abuse and addiction.

The effects that phycological addictions have on the mind cannot be understated with the ‘addictive mind’ taking over and leading to breakdowns in relationships, job losses, poor health plus many more devastating consequences that could lead to self-harm or even suicide.

Are there similarities between them?

What both addictions have in common is the effect they have on the brain. Both addictions build up resilience to dopamine which means that taking more drugs becomes a way to make you feel normal.

If you would like to read more into the subject, then check out our blog post which goes more in-depth about the subject.

Dealing with addictions or other substance use disorders is incredibly difficult and is experienced by a vast number of people throughout the UK on a day to day basis.

This is why our role in providing effective drug addiction help is so important as the treatment options we have available can make a positive change to so many peoples lives.

The treatment programmes we offer are not short term fixes to the problems you are experiencing, all treatment plans have been put together through years of dealing with addicted individuals and finding out what treatment they respond to best.

As hard as it looks, there is always time to call it a day and fight your addiction head-on. People from all walks of life have overcome it, and with the right help, so can you.

You prolong your life, and make it easier for yourself and your loved ones if you accept that you have an addiction – that is the first step you need to complete.

Detox and rehab are secondary and tertiary steps. At Cassiobury Court, we offer drug detox and rehab at our London based centre – so, why not seek drug addiction help today by giving us a call.

For almost a decade, we have provided drug addiction help to addicts and loved ones with difficult questions which not many people will know the answer to.

We have answered a number of the most common ones in our frequently asked questions section below. If we haven’t answered any of your questions, then it would definitely be worth giving us a call or using our online contact form.

Difference between Physical and Psychological Addiction

Is Drug Addiction A Choice?

Drug Addiction is often considered a choice by many people – which is an understandable opinion.

Everybody chooses to do drugs before they are addicted. However, most addicts tend to start using at a young age where the brains have not fully developed.

Once you become pathologically dependant on drugs- there is no choice for you anymore. You will need to keep doing drugs – not to feel better, but to feel normal. An often quoted statement in rehab is: People feel out of control once they are on drugs – us addicts feel in control only when we are on drugs.

This quote explains that the working of the brain has been warped due to addiction, even before one realises they are addicted.

I’m Afraid I Might Be Addicted – How Do I Know?

If you are a drug user who is worried about their consumption levels – you probably have grounds to be worried. Drug addiction ruins families, relationships and friends. For those that are unsure whether or not they are addicted, the fact that you are on this page is already an indication of you being aware of a possible problem – which is already a first step towards a drug free life.

Try and measure the effect drugs has on your life. Are you financially struggling due to drug use. Are you avoiding family and friends due to drug use? Missing work, school or other obligations through drug use?

If you have indeed being doing that on a regular basis, but you are unable to stop – the drug use has become pathological and you might be suffering from an addiction.

What Happens During Drug Rehab – And How Do I Prepare Myself for Rehab?

If you have no idea what to expect from drug rehab – chances are you are quite frightened about entering rehab. It is indeed very difficult – physically and mentally. However, you should be able to prepare yourself, and enter rehab in the best state possible.