The Link Between Addiction and Childhood Trauma 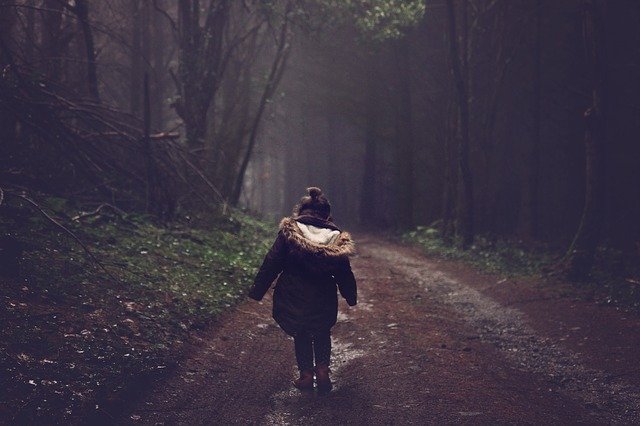 In this post, we discuss the link between childhood trauma and addiction. We will discuss human behaviour and conditioning as it relates to early childhood experiences. This revolves around ‘who said or did what to you in the past’. We will specifically analyse how this ‘what’ affects your behaviour in the present.

If you’ve ever worked as a therapist, then you will know people affected by childhood trauma carry beliefs and fears attached to this trauma well into your forties and fifties. The victims of childhood trauma are often still waiting for somebody to tell them that they love them. These victims store negative information they are told in childhood then carry it into the adult world. Their bodies may have changed, but the child inside their mind has remained.

The therapeutic process during drug and alcohol rehab must determine the specific driving force behind addictive behaviours so something can be done to negate these driving forces.

Many male addicts lacked a father figure when they were raised. They may believe they did not have a father figure to tell them ‘how to be a man.’ Again, if you’ve worked as a therapist specialising in addiction you will relate to this pattern.

What are the causes of addiction?

In a nutshell, the answer to this question is trauma. If you ask addicts’ about their past, they will rarely say ‘I’ve had a great life’. They will recount stories of childhood neglect. This neglect is typically stored up with negative emotions such as regret, hate and anger. This anger is typically directed at past caregivers who failed to adequately provide for the victim of childhood trauma.

Thus, alcohol and drug use are a means of altering these negative emotions these people have stored inside them so they do not feel anything. When negative emotions are present, people naturally attempt to get rid of them.

Where do emotions come from?

Many of our clients believe emotions ‘come from the heart.’ However, this is wrong. Emotions are the result of cues in our environment. Emotions often arise as a result of a specific situation. During rehabilitation, it’s essential to pinpoint these specific situations where these emotions originated from. Emotions must arise from somewhere in order for the client to respond to the stimuli.

Feelings are different from emotions. Feelings are driven by the sight, smell and sensory organs. Addiction is a way of numbing painful feelings. When we take drugs and alcohol, we say we ‘feel good’ or we ‘don’t feel anything’.

Addicts wish to remove the ‘voice’ that fuels negative feelings and emotions. This is why people who are addicted to substances are said to ‘numb’ their problems.

The bucket of negative emotions

Negative emotions are similar to a bucket of memories relating to abuse. When somebody tells a child he or she is useless or ‘good for nothing’ and the caregiver wished the child was ‘never born’ over many years, these comments are collected in this bucket.

These negative comments are personalised and the victim stores up negative emotions such as anger as a result. This stimulus activates these negative feelings and emotions that carry forward into the adult world.

When negative experiences occur in the victim’s adult life, the accumulation of negative thoughts and feelings in this ‘bucket’ becomes overwhelming. This is when the risk of developing an addiction is particularly high. For instance, if a victim of childhood trauma loses his or her spouse or loses a job, the power of negative emotions becomes too great to bear.

Around 5-10 negative emotions are activated inside this person and this person does not know how to process these emotions in a safe and healthy manner. Often the simplest step is for this person to escape through drug and alcohol abuse. The reason “this feels better, and I don’t feel a thing so I will keep using drugs and alcohol.”

Drug or alcohol abuse should not be seen in terms of ‘right and wrong’. Instead, it should be viewed as the person fulfilling a need. The need obviously being the temporary reduction of negative feelings and emotions.

Blame should not be put on the shoulders of drug and alcohol abusers because they are simply reacting to demons that seem far greater than their substance misuse.

During therapy sessions, we often ask our clients ‘where did you learn to doubt yourself?’ The client often reacts with mild confusion. We then rephrase by asking the client ‘when did you learn you can’t do certain things?’. The answer to this question typically revolves around trauma and neglect suffered in childhood.

For example, Peter is a 43-year-old suffering from an addiction to alcohol. Peter says his father used to say to him ‘don’t talk to me’. His father would then push him away. This happened a lot until Peter finally gave up trying to bond with his father.

Peter also withdrew from people generally. He doubted himself. Every time he began a new relationship, he ‘gave up’ before a meaningful bond could be created.

Peter suffers from severe anxiety as a result of this trauma. He tries to keep himself busy so the anxiety will ‘go away.’ However, when he’s not busy, his anxiety returns. This usually means Peter will binge on alcohol to the point where he’s putting his health at risk.

Our clients are taught to process negative stimuli in a way that doesn’t impact their lifestyle. Many of our clients are driven by past trauma. They are taught to process trauma in ways that does not drive them. Trauma drives these people because they are in so much pain that they don’t know what to do with it. They believe if they ‘keep doing this thing’ the trauma will go away, hence why we say this trauma ‘drives them.’

“This thing” these people believe will remove feelings and emotions tied to trauma is typically substance abuse or some form of behavioural addiction such as gambling. “This thing” may also manifest itself in the form of excessive shopping or promiscuous sexual behaviour.

Once this ‘fad’ has worn off, the anxiety caused by the traumatic experience returns. This anxiety then drives the sufferer’s behaviour to engage in similar or alternative destructive behaviours that temporarily make them feel better.

During therapy, we must determine what this ‘thing’ is that drives these destructive behaviours. When this ‘thing’ is tackled, the client will often claim to experience true peace and happiness.

Our clients often struggle to label peace and happiness for what they are simply because they have never experienced these positive emotions before.

Our clients often describe true happiness as being ‘weird.’ Thus, successful addiction treatment is all about waking up to new feelings and emotions that are now available to these victims of childhood trauma.

At our London rehab clinic, we say our clients are shifting from being a ‘human doing’ to a ‘human being’ when these realisations take place.

What are your needs?

As stated above, addiction is about needs fulfilment. In the 1960s, Marshall Rosenberg wrote that people engage in destructive behaviours when they don’t recognise alternative and more effective ways to satisfy their ‘universal needs.’

Harmony is established when people consciously identify these needs and then work out ways to satisfy them in non-destructive ways.

First, we ask our clients to recount past traumatic experiences. Specifically, we ask them to image their caregiver directing a negative remark towards them. For an instant, a client may imagine his or her mother saying ‘I wish you were never born.’

We then ask the client to respond to their caregiver by asking the caregiver ‘what were you needing when you say you wish I was never born’. Often the client answers this question by saying the parent had problems that caused them to act in this irrational manner.

Over the course of treatment, the client gradually realises they are not responsible for their caregivers cruel and irrational behaviour. The blame shifts to the caregiver. This removes a heavy load off the client’s shoulder. With time, the client is likely to forgive the caregiver for past experiences.

We believe forgiveness is a major milestone that must be passed for treatment for addiction to be a success. For the first time in the client’s life, they no longer feel accountable for their care giver’s failings. The aim of therapy is thus to get people ‘off the hook’ so they realise they are not bad people.

Here’s a list of some of the needs that must be fulfilled:

If any of these needs are not met during childhood, a number of negative beliefs will arise that carry on into adulthood.

Why addiction may be a choice rather than a disease

If the addiction allows you to meet your needs for community and your needs for support whilst removing anxiety and pain, you will clearly ‘choose’ to continue to take drugs and alcohol or engage in other behavioural addictions.

A need must be met otherwise you will not do it. All human behaviour is directed by the fulfilment of needs. When addicts become aware of these needs, they can choose to engage in less destructive behaviours that fulfil their needs in healthy ways.

Traditionally, genes were believed to make us act in a way regardless of our environment. However, this view has largely been challenged in recent years. Researches now believe that genes give us different options when it comes to reacting to our situation and environment.

In fact, studies hint that childhood experiences affect genetic development. Situations may turn on and turn off certain genes depending on environmental cues we experience. This allows us to adapt to the specific world we find ourselves in.

A study conducted in Montreal analysed the brain’s of suicide victims when an autopsy was carried out. The study proved that trauma suffered in childhood causes genetic changes in the brain.

These genetic changes were not present in the brains of people who had not been subject to childhood trauma. This is known as an epigenetic effect. This describes environmental cues that activate or deactivate certain genes.