Homed within a grade II listed building, with a significant historical presence, Cassiobury Court is now a rehabilitation centre, specialising in drug and alcohol addiction recovery.

Boasting historical development, the once Cassiobury House which was later demolished has stood over the years within the community, remaining today as the stables which facilitate the professional and private centre that it is. 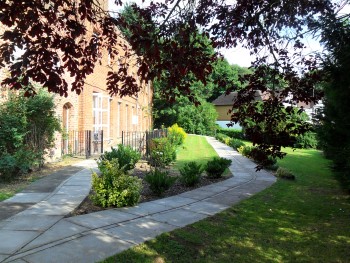 Our history is highly unique, dating back to the archives of Herefordshire in 1331, to today in the 21st century, offering respite, direction and purpose-driven services of drug and alcohol rehab.

Keep reading to see how our history has developed into our current offering, here to guide you, your loved ones and all individuals affected through addiction.

Our History As Cassiobury Court

Our history dates back to 1331, where the structure of Cassiobury Court began. Here’s a timeline of history, to today as our rehabilitation centre.

The Hundred of Cashio

The Manor of Cashio, known as Albanestou during the Domesday Survey has historically been referred to by other titles such as St Albans Hundred and the Hundred of Cashio. It included a number of parishes such as Abbots Langley, Chipping Barnet, East Barnet, Bramfield, Codicote, Elstree, Hexton, Newnham, Northaw, Norton, Redbourn, Rickmansworth, Ridge, St. Michaels, St. Paul’s Walden, St. Peter’s, St. Stephen’s, Sandridge, Sarrat, Shephall, City of St. Albans and of course, Watford [1]. 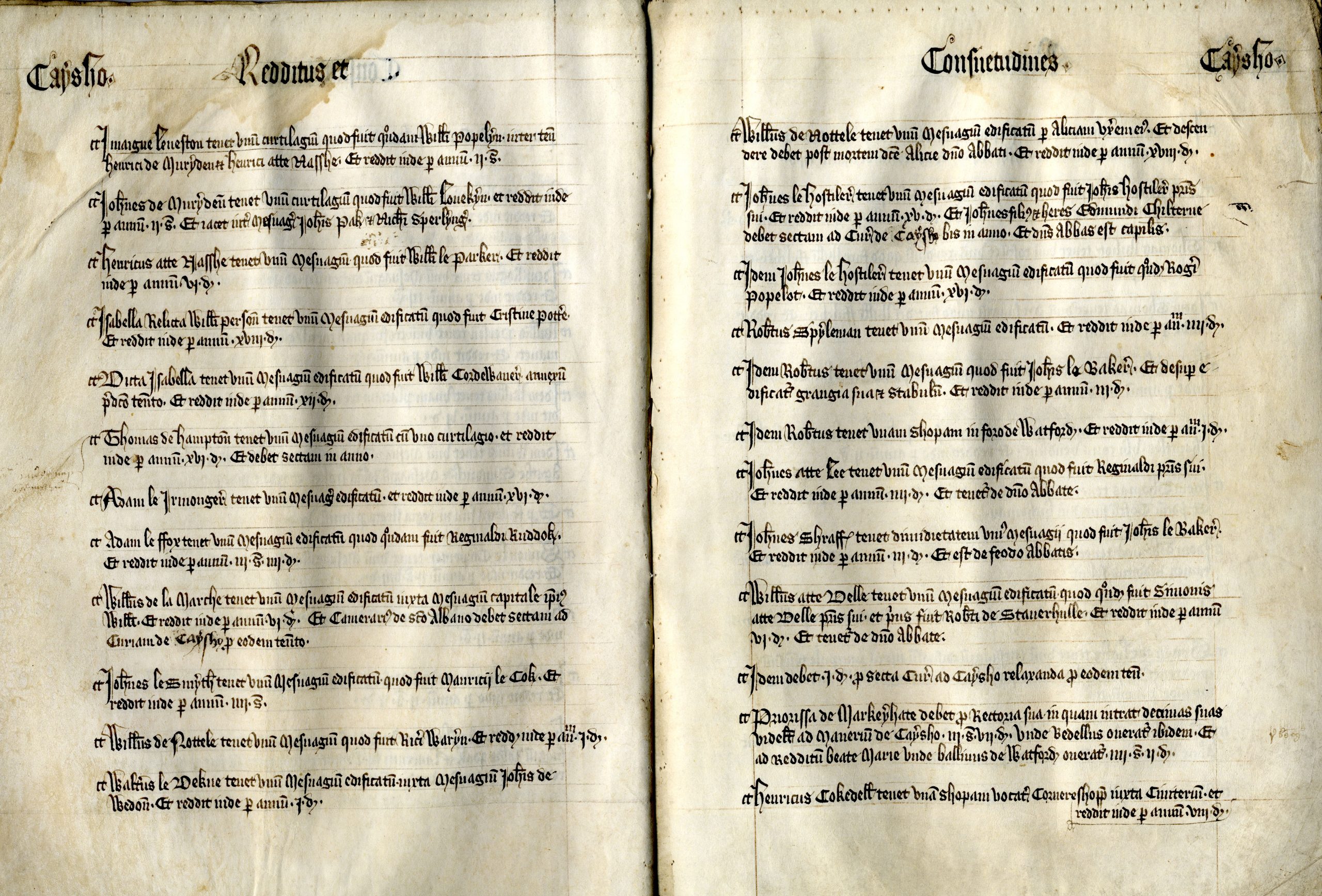 During the Dissolution of the Monasteries ordered by King Henry VIII in 1539 Cashio and Watford had been divided, and Henry was made lord of the manor of Cassiobury. Seven years later, he granted these privileges to Sir Richard Morrison, propagandist to Henry VIII and protégé of Thomas Cromwell, the first Earl of Essex.

In 1627 Elizabeth Morrison married Arthur Capel, and naturally, the estate came under the ownership of the Capel family [2].

Politician and supporter of the Royalist movement during the English Civil War, Arthur Capel was sentenced to death in 1649 by parliamentarians and beheaded. As part of his last request, Arthur famously asked for his heart to be taken from his body and placed in a silver box at the feet of Charles I, however many years later it was discovered that this did not come true. The silver box was discovered 60 years later in the family vault.

Following the death of Arthur, Cassiobury House had changed hands after its sequestration by parliament, however, it wasn’t long before the grounds were back under Capell ownership. Lady Elizabeth Capel had successfully petitioned parliament for Cassiobury and she gained back full control of the estate in May of the same year. 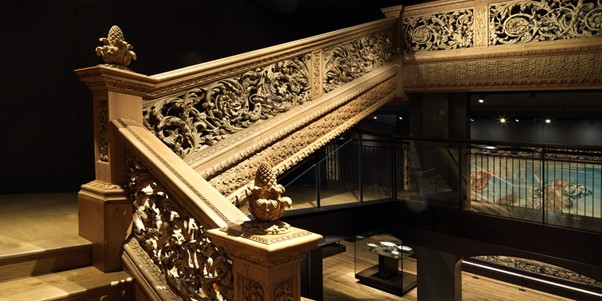 The main staircase of the property, which some still attribute to Gibbons although many believe that Edward Pearce was in fact the creator.

Arthur would be implicated in the Rye House plot which aimed to overthrow King Charles II and in 1683 he was imprisoned in the famous Tower of London and somewhat coincidentally held in the same cell as his father was placed prior to his death. Arthur was found dead in this cell with his throat cut before he could be sentenced. Today there are still questions surrounding whether he was murdered or committed suicide as a noble gesture to his family.

The estate also contained luscious gardens with a plethora of fruiting trees including almost 300 lime trees. The gardens were constructed by Moses Cook who also developed woodland pathways [3].

During the late 1700s and early 1800s, Cassiobury House added an Orangery and a Gothic exterior which was commissioned by James Wyatt. The property Had a vast array of paintings, and its gardens were considered the “most complete in England” by Frances Calvert. In the late 18th century Humphry Repton completed landscaping on the park and commissioned several lodges which were designed by Sir Jeffery Wyattville. Cassiobury Lodge still remains today.

The Cassiobury estate remained with the Capel family for generations, however, during the early 20th century the house was no longer in a habitable state and subsequently sold off. The property was demolished in 1927, and today only the stables, which are today known as Cassiobury Court remain.

Development Of The Rehab, Cassiobury Court

Scattered across Cassiobury park are reminders of the old country house that once was, with fragments of the original garden wall, the house cellars and some of the original building materials and chimneys with some elements incorporated into nearby houses such as the below gateway. 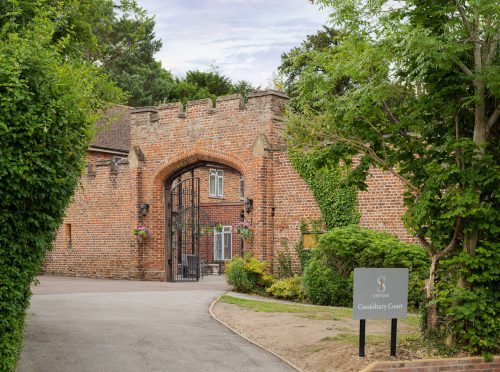 Within the Cassiobury estate, there are a number of lodges and dower houses remaining. The dower houses include Russell’s House and Little Cassiobury and the estate lodges are comprised of Cassiobridge Lodge, Tollgate Lodge and Garden Cottage and like Cassiobury Court are all listed buildings.

Cassiobury Court is now operated by Step One Recovery; a company dedicated to providing a collection of excellent treatment and rehabilitation centres across the UK.

Are you suffering from an Addiction and need help? If so, Cassiobury Court are leading UK based experts in Drug and Alcohol Addiction Treatments. Find out how we can help by getting in touch with our friendly team today. You can either call our confidential helpline or request a callback by clicking on the below form.

Our history has developed significantly over time, to help us reach a point of specialism through our now offering of drug rehab and alcohol rehabilitation. Recognised as a private rehabilitation centre, we offer an efficient admissions process into the careful hands of our dedicated team of specialists, making use of leading recovery treatments and therapies.

Our mission is to work mutually with our clients and their loved ones, to rehabilitate, to develop and to change the future, to become free from drugs and alcohol. Through our comfortably designed rehab clinic, our exceptional care, our CQC standards and our comprehensive offerings of rehab, our services are a vital instrument within addiction recovery.

With years of experience, rehab outcomes are positive, are life-changing and are sustainable through our treatment programmes, making long-term recovery a viable goal.

Our passion to offer instrumental care ensures that our quality and regulation are both reliable across our services, facilities, and values. Reliability is found across the board, meeting the standards of the Care Quality Commission (CQC) when considering the quality of support, treatment and safety that’s offered. 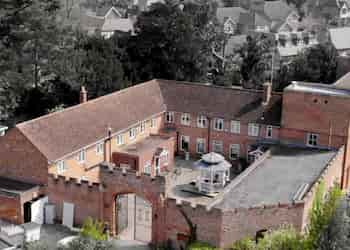 Feeling safe and assured with what’s ahead through our professionalism, our safe treatments and therapies and our private setting will be expected here at Cassiobury Court.

It’s evident that through our history, our setting has homed many roles and images. Yet today, Cassiobury Court as a rehabilitation centre is the most beneficial and purpose-driven. For support throughout addiction recovery, we are here for you, offering direct access to rehab. Reach out to experience our offering of drug and alcohol rehabilitation.

What conditions are treated at Cassiobury Court?

Addiction is the most treated condition from our facility, with a focus on drug and alcohol abuse. We do however offer treatment through the likes of gambling addiction, providing help through the physical and psychological struggles. Mental health issues can also be treated here in unison, through our dual diagnosis treatment programmes.

What therapies and treatments are offered?

Therapies and treatments vary all depending on the nature of the diagnosis. Physical and psychological forms are prevalent, including detoxification, talking therapy, relapse prevention and aftercare.

How much does rehab cost?

The cost of rehab will be based on the length and degree of support that’s available. Found to offer value for money, we can cater to personal budgets, to make rehab accessible.