Drug And Alcohol Addiction Leads To Higher Risk Of Strokes 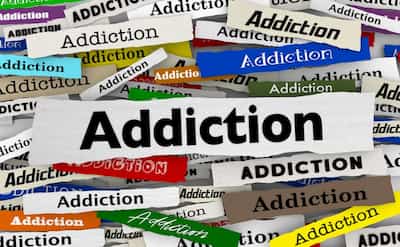 Whilst many people think of strokes as a condition affecting mostly older people and those with underlying health conditions, the truth is that every five minutes someone in the UK is affected by a stroke.

And they can happen to people of all ages.

What Is A Stroke?

A stroke works in much the same way as a heart attack, except in this case it is a sort of ‘brain attack’. It happens when the blood supply to the brain is abruptly cut off, starving brain tissue of oxygen and causing brain damage.

Lots of different things cause strokes, and the type of stroke that you have will depend on where the damage occurs and how large the area is that is affected.

Drugs and alcohol are a significant risk factor for strokes, and are most often associated with strokes in younger people that are otherwise healthy.

Different types of drugs can cause strokes in different ways. Whilst some harm the blood vessels in the brain, others affect the other organs in the body, such as the heart or liver.

The Three Types Of Stroke

There are three main types of stroke, which are caused by different factors and lead to a range of different issues in the brain.

– Ischaemic Stroke. This is the most common type of stroke, caused by a disruption to the blood supply to the brain.

– Haemorrhagic Stroke. In this kind of stroke, leakage of blood into the brain, or into tissue around the brain causes swelling and kills cells. This is one of the most dangerous and long-lasting types of stroke, and can be fatal.

The main types of substances that are associated with strokes are Alcohol, Cocaine, Heroin and Amphetamines. Here is how each can cause a stroke.

Often people don’t realise the dangers of alcohol with regards to strokes, because it is well known that red wine in moderate amounts can actually protect you from having a stroke.

However, heavy alcohol use far increases your likelihood of having a stroke, in particular a haemorrhagic stroke.

Heavy alcohol use leaves you vulnerable to strokes because excessive alcohol intake gives you high blood pressure, as well as impairing the blood clotting abilities of the body.

Alcohol also damages the liver, meaning that it is not able to adequately produce the proteins needed to induce proper blood clotting and prevent spontaneous bleeding.

Cocaine is notable in its association with strokes, in that it is known to cause sudden strokes both during and shortly after its use. Otherwise healthy people have been known to suffer a stroke up to 48 hours after using cocaine and this is mostly down to:

– Cocaine dramatically increases blood pressure, which can cause bleeding in the brain

– Crack cocaine, the intravenous form of cocaine, increases the risk of infection of the heart valves. This type of heart infection is called endocarditis, and is one of the heart conditions known to cause strokes.

Heroin, when used intravenously, increases the risk of endocarditis much in the same way as cocaine. When someone is suffering from endocarditis, small clumps of bacteria, called septic emboli, leave the heart and travel up to the brain, causing a blockage in the blood vessels and thus a stroke.

Heroin is a major risk factor for strokes as it is a highly addictive drug, meaning that users are more likely to repeatedly put themselves at risk.

Amphetamines are another major cause of strokes in young, healthy adults. This is because amphetamines cause sudden and extremely high blood pressure, the top risk factor for strokes in people of any age.

Amphetamines also cause issues with the blood vessels of the brain, doubling the risk for those who use the drugs regularly.

Should You Get Help?

Whilst you may not be concerned about your alcohol or drug intake, it is clear that over time these substances can all contribute to the major risk factors for stroke. In fact, alcohol is a known cause of all three of the main causes of stroke – high blood pressure, obesity and diabetes.

Whilst taking drugs and drinking heavily over a long period of time is more likely to cause strokes or the conditions that lead to them, a sudden increase in heavy drinking, or taking any amount of drugs at all, can bring on a stroke all of a sudden.

Thus, even if you feel healthy and think that you have gotten your drinking and substance abuse under your control, it is never worth taking the risk.

The good news is that making lifestyle changes, cutting down or quitting drinking, and rehabilitating from drugs can quickly cut your likelihood of suffering from a stroke down to that of a normal, healthy adult.

Cassiobury Court can help you to deal with any addiction, in a safe and healthy environment that ensures that you are monitored around the clock, and your health is taken care of.

Detox is carried out with 24 hour supervision, and using medications that help to minimise the symptoms of withdrawal – which can be tough on the body.

Once you are through detox, Cassiobury Court has a flexible rehabilitation programme which will be tailored to suit your needs.

You can attend for anything up to 90 days, and you will have a mix of counselling, wellbeing therapies and even social activities to help you to adjust to life free from addiction.

We even provide a 12 month aftercare programme which will give you the support you need to get back to your day to day life once you have finished with rehab – in the hopes of preventing relapse in the outside world.