Damage of the War on Drugs 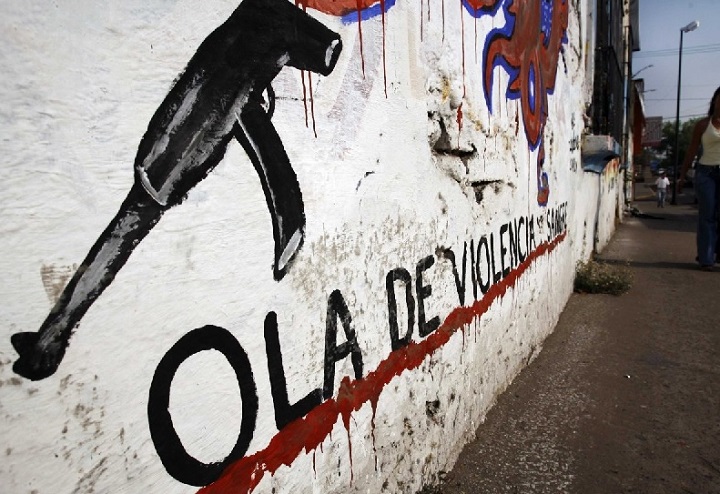 The ‘War on Drugs’ criminalises people suffering from drug addiction. In many countries throughout the world drug users are imprisoned and even executed. Governments prefer to imprison drug addicts rather than pay for their treatment. In this post we discuss the ‘War on Drugs’, its history, recent developments and the validity of this approach in reducing global drug use.

A short history of the War on Drugs

The term ‘War on Drugs’ originated in the US in 1971 following an interview with President Nixon. The term was adopted from the 1964 ‘War on Poverty’ speech given by then-President Lyndon B Johnson. Nixon declared ‘drug abuse’ as ‘public enemy number one’ during a 1971 interview. The US Government responded to reports revealing 15% of US servicemen suffered from a heroin addiction following their involvement in the Vietnam War. The Drug Enforcement Agency (DEA) was formed in 1973. The 1980s saw CIA and US military involvement in fighting the drug trade, a trend existing to this very day.

The US Government launched the Office of National Drug Control Policy (ONDCP) in the late 1980s. This body is headed by a ‘drug Tsar’, a cabinet position in the US Government. The number of US drug related arrests rose by 125% during the 1980s. Successive US Presidents have passed ever more draconian laws in an effort to fight drug user. For instance during 1980 then-President Ronald Reagan made it legal for authorities to seize cash and property owned by those guilty of drug offences. Following the death of basketball player Len Bias of a cocaine overdose in 1986 Regan passed the Anti-Drug Abuse Act. This Act established mandatory minimum jail terms for drug offenses. Interestingly the Act handed out much harsher minimum jail terms for the possession of crack cocaine than it did for powdered cocaine. Addicts living in poor black communities were much more likely to use crack cocaine than its powdered counterpart. Addicts part of rich white communities were (and still are) more likely to consume powdered cocaine. Some thus argue the 1986 Act intentionally discriminated against black addicts.

Using a criminal solution to solve a health problem

Clinton, Bush and Obama all continued investment in the ‘War on Drugs’. However in 2010 Obama repealed the sentencing bias between powdered and crack cocaine through the Fair Sentencing Act 2010. In the US users with no prior conviction should expect a sentence of at least one year in prison if found in possession of crack or powdered cocaine. Users with a prior conviction are sentenced to two years in prison. Those found to be in possession of cannabis are typical fined or required to enter treatment. Those found in possession of heroin should expect a two year prison sentence. Click here to learn UK sentencing guidelines for drug possession.

In 2013 nearly two million Americans were imprisoned for drug-related offences. It’s estimated one in five black Americans will be imprisoned in their lifetime due to drug offences. In the UK and the US the number of drug users stubbornly increases each year. This is despite additional funding made available to finance the ‘War on Drugs’. In 2013 the US Government spent $51 billion fighting the ‘War on Drugs’. This figure covers enforcement and incarceration costs. Despite this cost both the US and other countries following the ‘War on Drugs’ policy remain under the curse of increasing drug use.

Drug use statistics reveal investment on the ‘War on Drugs’ is spent with little return. For instance a report published by the United Nations (UN) reveals worldwide opiate production increased by 35% between 1989 and 2009. Cocaine production increased by a third over the same period. In fact the UN estimates the drug business to be the third largest in the world, beaten only by the arms and oil industries.

Former US president Jimmy Carter has stated several times that harsh sentencing for drug use has ‘destroyed the lives of millions of people and their families’. Even Barack Obama’s drug Tsar, Gil Kerlikowske, has labelled the ‘War on Drugs’ as ‘unhelpful’.

Many developing nations from Columbia to Afghanistan suffer as a result of the War on Drugs. For instance poisons are sprayed onto farmland in the hope of destroying drug farms. Often innocent farmers see their livelihoods destroyed as a result.

Could decriminalisation of possession be the answer?

Many have called for the decriminalisation of drug use. The Global Commission on Drug Policy has urged countries following a ‘law enforcement’ approach to drug use to instead focus their efforts on fighting organised crime and drug traffickers.

Perhaps Britain and America should consider following the example set by Portugal, who prefers to send addicts to treatment centres rather than to jail. Such a policy would require an overall of the current prohibition system, at least for possession. Perhaps a fair balance has been struck by Italy who have decimalised possession for those caught with less than half a gram of most illegal drugs. This would require a shift in thinking by instead viewing drug use as a health rather than criminal problem.

Even countries most hit by the war on drugs are now pushing for a revision of criminalisation for possession. Argentina no longer punishes its citizens for personal cannabis use. Mexico no longer criminalises citizens found with small quantities of illegal drugs. Ex-president of Brazil, Fernando Henrique Cardoso, has even said "prohibitionist policies based on eradication, interdiction and criminalisation of consumption simply haven't worked … The revision of US-inspired drug policies is urgent in the light of the rising levels of violence and corruption associated with narcotics."

The situation over in the United Kingdom

In the UK around 80,000 people receive a criminal record each year for possession of illegal drugs. In spite of this the UK remains the biggest consumer of illegal drugs in Europe. Perhaps the time is ripe for Westminster politicians to take a leaf out of Irish minister Aodhán Ríordáin’s book when he said “someone who has an addiction issue should be dealt with through the health system and not the criminal justice system.”

The Liberal Democrats and Greens both proposed decriminalisation in their 2015 General Election manifestos. The two largest UK political parties are yet to warm to the idea, at least publically. Perhaps in this era of austerity political parties are not willing to splash out on treatment costs required to help addicts make a full recovery.

Cassiobury Court is a drug and alcohol rehabilitation centre located in London. To learn how addiction is treatable please click here. Call today on 01923 369 161 or complete the enquiry form.