We are still open as normal. Read more for our latest on Covid 19. 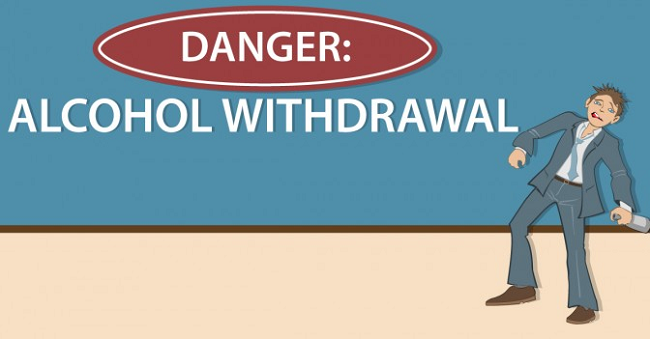 The answer to this question is a resounding YES. This is because alcohol withdrawal may precipitate Alcohol Withdrawal Syndrome (AWS). Untreated AWS may give rise to a condition known as delirium tremens (DT). Symptoms of DT include frightening hallucinations and an elevated heartbeat. In turn, this may lead to cardiac arrest, coma and death. Chronic long-term alcoholics are at particular risk of death during the acute stages of alcohol withdrawal.

In order to combat AWS, at Cassiobury Court we offer medically assisted alcohol rehab treatment. All programmes take place at our state-of-the-art alcohol detox clinic located in North London. Alcohol detox begins with a psychiatric assessment. You will be prescribed drugs such as benzodiazepines. These drugs reduce AWS so alcohol withdrawal may be attempted in a safe and relatively pain-free manner. Drugs designed to fend off AWS are slowly tapered down during the course of your detoxification programme. This is because benzodiazepines drugs are themselves addictive, and so long-term benzodiazepine use must be avoided.

Long term alcoholism affects neurotransmitters in the addict's brain. These neurotransmitters are known as GABA. GABA is an inhibitory neurotransmitter. This means alcohol-induced GABA activity slows down the central nervous system by slowing down the speed in which nerve cells may travel across one region of the brain to another. Long term alcoholism thus affects the brain similar to consuming a tranquillizer. Over time, the brain becomes accustomed to this artificial state of being. When alcohol is withdrawn, GABA activity falls and the brain is ‘jolted’ into a state of hyperactivity. This hyperactivity causes many of the above withdrawal symptoms associated with AWS.

Left untreated, AWS may develop into DT within as little as twenty-four hours following your initial alcohol withdrawal. Symptoms may be mild for the initial twelve hours and progressively get worse. If you begin to experience hallucinations then you must seek out an alcohol detox clinic immediately. Failing that, we advise you call 999 and seek ambulance assistance. This is because DTs is a medical emergency that may lead to cardiac arrest and death. Before DT develops, you typically experience violent shaking, anxiety and vomiting. We urge you to seek out help before it is too late. Call Cassiobury Court today on .

A recovering addict himself, John is now one of the UK's leading professionals in the addiction recovery industry. Through our blog, he keeps our website visitors in the loop with the latest news and industry trends in relation to addiction treatment.