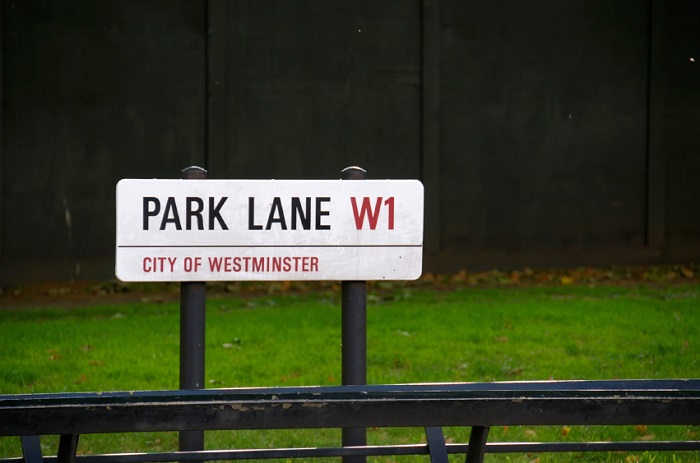 Your chances of recovering from depression or anxiety may depend on your postcode. This is according to new figures published by the Health and Social Care Information Centre.
These figures reveal massive disparities in recovery rates from depression and anxiety between the various regions of England.

Overall, only 42% of clients recovered from a clinical diagnosis of depression or anxiety following counselling or cognitive behavioural therapy. Many of these treatments are ‘self-guided’ and completed online without the assistance of a professional. Patients are considered ‘cured’ when they fall below the ‘threshold’ on an anxiety and depression test. This test is conducted at the conclusion of psychological treatment.

The Government has set a 50% recovery target for all regions of the United Kingdom. Currently, many regions are failing to meet this target. Only 57 regions of England’s 211 NHS Trusts are meeting this target. 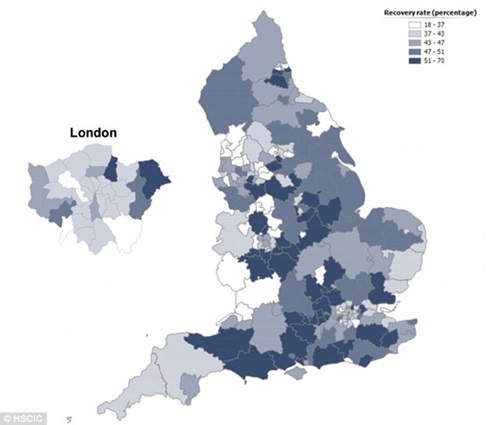 The above map reveals you chances of recovering from depression or anxiety following NHS provided treatment depends largely on where you live.

The areas with the lowest rates of recovery were NHS Heywood, Middleton and Rochdale respectively. A mere 18.8% of sufferers in these areas were deemed cured of their anxiety or depression following treatment.

In contrast, 69.4% of people treated at NHS Cannock Chase in Staffordshire went on to make a complete recovery.

Treatment waiting times also varied between areas. For instance, clients in Blackpool had to wait four months just to get an appointment for psychological treatment. This compares to just six days in Dudley. These figures were provided by the NHS Improving Access to Psychological Therapies (IAPT) programme.

For the UK as a whole, 32 days was the average amount of time clients must wait for getting an appointment for psychological treatment relating to depression and anxiety.

Many hope these figures will help the Government and NHS improve access and effectiveness of psychological treatment in areas where the service is lagging behind. Dominic Gair of Responsible Statisticians said: “This report will enable commissioners and care providers to review access to psychological therapies in their areas, which should be useful when planning services for clients in the future.”

Rezina Hakim of Mind was less bullish. He said: “The wide variation in waiting times across the country is of concern, as IAPT services should be based on the needs of local people rather than being dependent on where you live.”

Hakim also raises concern about the widespread use of CBT: “While we know this is the right treatment for many people, it isn’t suitable for everyone. It might also be an indicator that many people aren’t getting a choice in the form of treatment they receive.”

Marjorie Wallace of SANE agreed. He said: “It is worrying that there is such huge variation in recovery rates and waiting times across the country, with some still waiting many months for treatment and as many as three-quarters of people in some areas finding the therapy offered, which is usually cognitive behavioural therapy, unhelpful.”