The 4-Step Guide to Quitting Heroin 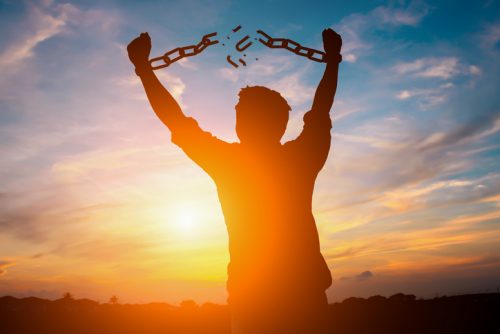 In this post, we provide several tips for overcoming a heroin addiction. Many people addicted to heroin are often confused by the number of treatment options available.

Thus, we aim to simplify these options and thereby encourage opiate users to attempt a detox that results in long-term abstinence.

Since the 1970s, many of the world’s governments have promoted a programme of so-called ‘harm reduction’ by offering opiate addicts a drug known as methadone.

Methadone is often seen as a ‘lesser evil’ when compared to street heroin. Many criticise this approach for simply swapping one addiction for another.

But things have moved on massively since the 1970s, although methadone is still ubiquitously offered to those suffering from opiate addiction.

In fact, methadone is often the default and only treatment offered to people who suffer from an addiction to heroin.

But there is alternative ‘abstinence based’ approaches to heroin addiction treatment.

In this post, we outline 4 simple steps you must take to attain the coveted ‘abstinence’ goal. 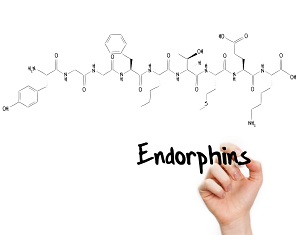 The Science of Heroin Addiction

Opioids stimulate the brain’s so-called ‘reward’ system. However, heroin is capable of penetrating the reward system much more rapidly than natural endorphins.

This leads to a state of intense euphoria when opiates are used. This euphoria is then followed by a relaxed and contented state.

Over time, the body builds up a tolerance to heroin. This means a greater quantity of the drug is needed to achieve the desired state of euphoria.

The ‘acute’ stage of heroin withdrawal occurs around forty-eight to seventy-two hours after heroin was last consumed.

These withdrawal symptoms typically include:

The 4-Steps to Quitting Heroin (for good!)

We now outline 4 steps that almost guarantee a smooth road to a heroin-free future.

All of the below information is based on proven, evidence-based approaches to treat heroin addiction.

Relates to developing a willingness to stop. This relates to motivating yourself to quit.

Before you tackle physical detox, we recommend you identify your reasons for stopping, no matter how obvious those reasons may be.

The term ‘precovery‘ has been in vogue for many years now.

The term was coined by William White. White borrowed the term from astronomy.

The term refers to the stage when addicts become unsatisfied with their addictive lifestyle.

And this discontent is as much to do with the addictive ‘lifestyle’ as it is the drug use itself. Precovery is often driven by an appetite for a more meaningful existence in life.

Precovery is akin to an alcoholic hitting ‘rock bottom.’ The precovery phase typically occurs over many months, or even years.

However, this process of precovery may be significantly speeded up through the involvement of a skilled and experienced drug counsellor.

This second part also relates to the mental preparation you should attempt before you quit heroin.

The ‘Abraham Lincoln Close‘ is a famous sales tactic.

A ‘close’ refers to the part of the sales cycle when the salesperson attempts to ‘wrap up’ the deal.

The Abraham Lincoln Close is when you ask the buyer to sum up all the benefits and costs of making a purchase.

And if the pros out way the cons, the sale must take place. This adds an element of logic in the otherwise emotional process of buying and selling.

And this is exactly what we recommend you do for your heroin addiction i.e. weigh up all the benefits of continuing to take heroin vs. weighing up the benefits of quitting.

To get you started, here’s a list of disadvantages of continuing to take heroin:

And here’s a list of benefits you derive when you choose to quit heroin use:

When you’ve completed this exercise, it’s highly likely the disadvantages of taking heroin far outweigh the benefits of continuing to use it.

Heroin withdrawal symptoms (or ‘dope sickness‘) have been described as ‘like the flu but on steroids.’

Before you undertake a detox, we recommend you do your research on the heroin withdrawal process.

Below we list several heroin withdrawal symptoms you should be aware of before you tackle a detox programme:

The severity of withdrawal symptoms varies from person to person.

Factors affecting the severity of heroin withdrawal symptoms include:

Pro Tip #2: To tackle depression during a heroin detox, surround yourself with positive people who understand what you are going through. 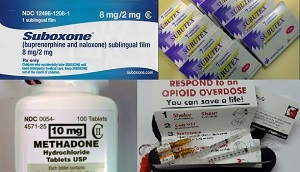 Below we teach you about ‘maintenance medications. These medications help reduce or delay withdrawal symptoms suffered during a heroin detox.

In the United Kingdom, buprenorphine is better known by the brand name ‘Subutex.’ This drug has been used to treat heroin addiction since 1999.

This drug is often known as a heroin ‘substitute’ similar to methadone. However, buprenorphine is commonly used to completely detox opiate users, using a strict regime of ‘scheduled tapering.’

During a detox, buprenorphine is usually tapered up during the first five days and then tapered down during the next five days.

Unlike buprenorphine, Naloxone is an ‘opiate antagonist.’

In layman’s terms, this means naloxone blocks opiate receptors located in the brain.

Naloxone is commonly used to treat a heroin overdose.

Thus, Suboxone reduces the risk of overdose (because of the naloxone) and reduces opiate cravings (because of buprenorphine).

From a practical standpoint, Suboxone is the same as buprenorphine.

Suboxone is only advantageous over Subutex when there is a legitimate risk of the user abusing the latter.

In the USA, Suboxone has been approved for clinical use since 2013.

However, some heroin users have been known to utilise Suboxone as a ‘come down’ drug between ‘hits’.

This is the fourth and final step of this guide to quitting heroin.

When it comes to detoxing from heroin, nothing really beats residential treatment.

Residential treatment requires the clients to live within the rehabilitation centre for the duration of the heroin detox. This typically requires a four-week commitment.

However, some rehabilitation centres require up to a three-month commitment.

Residential treatment means you will be surrounded by people who understand what you are going through.

Furthermore, you will be provided with nutritious food and an abundance of medications that help reduce withdrawal symptoms.

That just about wraps up our 4-step guide to quitting heroin. We would suggest that you learn more about Cassiobury Court’s heroin rehab programme or visit our contact page to request a callback.