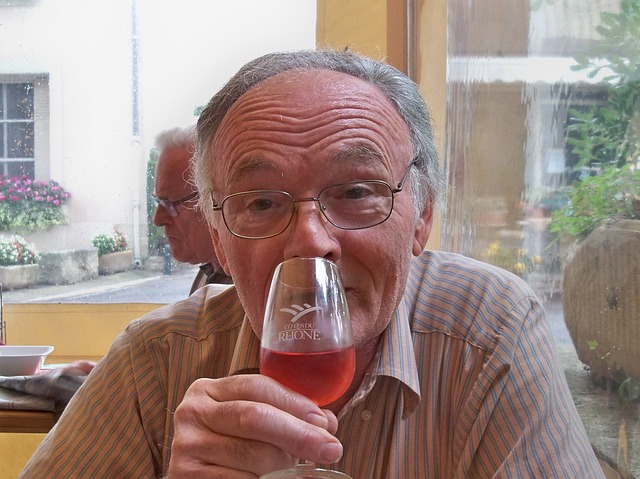 By now many of you will have read about the link between alcoholism and genetics.

Modern science has pointed at many factors when explaining this link, such as the number of dopamine ducts contained within the brain.

However, scientists claim your sense of smell may also be a genetic factor that instigates alcoholism.

Researchers at Ormskirk’s Edge Hill University published a study in Psychopharmacology claiming the mere aroma of alcoholic beverages is enough to tip some people over the edge towards alcoholism.

Dr Rebecca Monk, lead researcher at Edge Hill said: ‘We know that alcohol behaviour are shaped by our environment including who we’re with and the settings in which we drink.

‘This research is a first attempt to explore other triggers, such as smell, that may interfere with people’s ability to refrain from a particular behaviour.’

How the study was conducted

Researchers instructed the participants to press a button when either a picture of an alcohol beverage or the letter K was shown on a computer screen.

Interestingly, the researchers counted the number of occasions the participants erroneously pressed the button.

This was class as a ‘false alarm.’

A false alarm signified an impairment in the participants’ powers to control their behaviour when expected to do so.

Dr Monk believes the smell of alcohol made it difficult for some participants to refrain from pressing the button when it was not necessary to do so.

Dr Derik Heim, another Edge Hill professor, said ‘This research is an early laboratory-based effort that, while promising, needs to be replicated in real-world settings to further its validity.’

‘Our hope is that by increasing our understanding of how context shapes substance-use behaviours, we will be able to make interventions more sensitive to the different situations in which people consume substances.’

Is your sense of smell triggering your addiction to alcohol? This could be one of many ‘triggers’ of addiction. If you suffer from alcoholism, why not choose to undergo treatment at our state-of-the-art 21 bedroom alcohol rehabilitation centre in Watford, Herefordshire. Here, you will work with our team of specialist addiction therapists who will help you identify all of your addiction triggers. Contact us today on or contact us through this website.