AA Under Fire in Canada 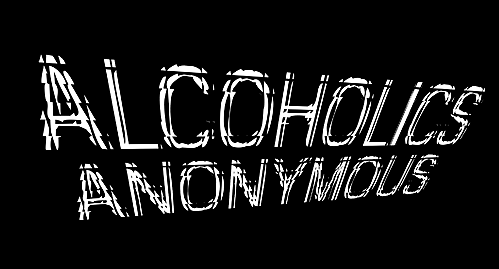 Alcoholics Anonymous (AA) is well-known for its non-secular stance when it comes to helping its members refrain from drinking alcohol. AA uses a methodological approach known as 'the Twelve Steps.' These steps assume the reader (1) believes in a 'higher power' and (2) believes he or she is able to request this 'higher power' to help in his or her quest to give up drinking alcohol.

AA's non-secular stance has landed it in hot water on many occasions. This time, a Canadian named Lawrence Knight alleges AA discriminated against him for his refusal to believe in a 'Higher Power.'

His complaint is due for a full hearing in Canada's Ontario Human Rights Tribunal. The Tribunal said the case presents some 'complex legal issues.'

Knight's lack of religious enthusiasm meant he'd avoided AA for most of this time. However, this changed when he discovered a group known as the 'We Agnostics' in Toronto, Canada.

The group offered an AA-type experience without the need to believe in God. The group follows the 12-step model, but the wording of the Steps has been revised so that no reference is made to God.

This did not sit well with Toronto's parent AA group. The group decided to de-list all secular AA groups from its website in 2011.

This move effectively removed 'We Agnostics' from Toronto's 'recovery scene.' Around 36 people were believed to have been attending secular alternative meetings at this time.

Knight said: 'It was unbelievable that an organisation that can’t kick anybody out, and that prides itself on that, had kicked us out.'

However, the secular version of AA continued to grow despite being de-listed from its parent. Today, 12 secular AA groups exist in Toronto. It's believed around 400 people attend these meetings each week.

Knight re-approached AA in the hope of reuniting the two groups into one. However, AA refused to bring Knight and his followers back into the fold.

Knight eventually turned to the Courts, arguing AA discriminated against him and many others based on their secular outlook.

The legal action names AA's regional body in Toronto and its central administration based in New York City.

Knight claims that although AA allows the existence of many agnostic AA groups throughout the World, it lacks any central human right protocol.

Knight says this has led to a 'globally scattered approach' to how AA deals with secular offshoots.

For instance, secular groups in New York are accepted by AA with open arms. This contrasts with the position in Toronto and Vancouver were secular AA groups have been treated as pariahs.

The case also highlights social and religious changes that have occurred since AA was founded in the 1930s. In the 1930s, many North Americans believed in God, and atheism was relatively rare. However, times have changed as the number of agnostics have significantly increased.

Many question AA's fundamental approach in encouraging its members to 'reach out' to God in their quest to give up alcohol.

Knight argues AA's key benefit is derived from the 'fellowship it fosters,' and not from a belief in God.

Knight argues many people become addicted to drugs and alcohol due to 'underlying' emotional problems such as isolation and loneliness. He argues AA helps to remedy these 'causes' of alcoholism by offering social benefits.

AA in Toronto strongly disagrees with Knight, and claims a belief in God is an absolute key requirement for each member of its group.

Knight hopes the case will force AA's hand in adopting an international approach to how its franchisees deal with secular offshoots.

'The point is that anybody should be able to go to a meeting and not feel intimidated, not feel forced out or that they have to believe in something that somebody else believes. Because that’s just ludicrous in this day and age.'