How Alcohol Addiction Can Destroy Your Life 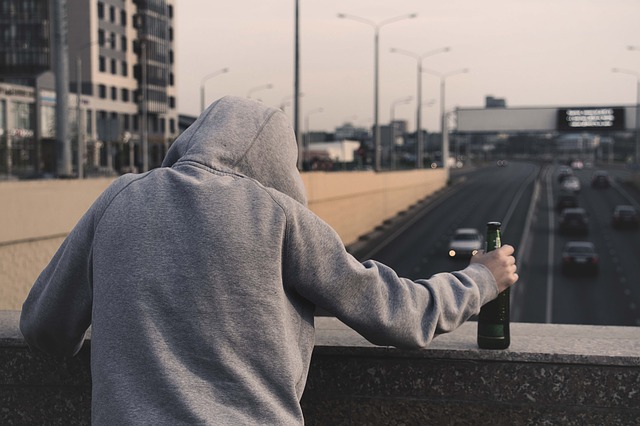 Contrary to popular opinion, alcohol is undoubtedly and scientifically a drug. Despite this, people often refer to ‘alcohol and drugs’ to distinguish alcohol from drugs. This is erroneous. These people should simply say ‘drugs’, and not ‘drugs and alcohol’.

For instance, you will not hear anybody say ‘heroin and drugs’ because it’s generally understood that heroin is a drug. This should also be the case for alcohol. But it isn’t. Why? Because society prefers to label alcohol as being something other than drugs. After all, ‘drugs are bad’, so why should ‘normal’ people be labelled as ‘drug users’ simply because they choose to drink alcohol?

Of course, this division between ‘drugs’ and ‘alcohol’ is false, and it’s merely a choice of words designed to differentiate millions of people from being labelled as ‘drug users’.

In this article, we wanted to discuss the many ways in which alcohol can destroy your life, but before we began to discuss this theme, we wanted to finally put to rest this false division between ‘drugs’ and ‘alcohol’. They are simply one and the same thing! Rather than saying ‘drugs and alcohol’, we urge you to instead say ‘drugs, including alcohol’.

The Dangers Of Alcohol

Not only is alcohol a drug, it’s actually a very deadly drug. Around two million people die from alcoholism or alcohol poisoning each year. Many people are entirely unaware of these facts. Alcohol is also extremely addictive. Drinking alcohol causes an immediate uplift in dopamine levels. Dopamine is the brain’s ‘feel good’ chemical. Alcohol is also a mild sedative, and drinking alcohol allows people to feel relaxed. This feeling caused by the consumption of alcoholism is also extremely addictive.

Alcohol is also a toxin. When you consume alcohol, you kill cells located throughout the body. This is a well-known fact in the healthcare and scientific community, but many lay people are not aware that alcohol is a toxin. Unfortunately, Government campaigns designed to educate the public on the dangers of excessive alcohol consumption fail to drive home this important warning about the toxic properties of alcohol. Learn more about the physical damage you inflict on your body when you abuse alcohol.

Alcohol is well-known for ruining relationships and careers. Many people suffering from alcoholism will experience divorce and job loss. If you suffer from alcoholism in your youth, you may suffer important career set-backs. This may mean your career does not flourish. This could cause long-term damage to your career prospects and your future wealth. One way you can avoid this trap is to seek out treatment before it’s too late. The recommended route to sobriety is to attend an alcohol rehab centre and then attend daily AA meetings for at least the first three months of your sobriety.

Drinking alcohol can also be fatal. Around 18,000 deaths occurred in the UK in 2016 due to alcohol-related illnesses. Many of these deaths were directly caused by heart and liver disease. Scientists are also blaming alcohol for the development of many forms of fatal cancer. This could mean the death toll linked to alcoholism is in fact much greater than the figures currently reported by the Office of National Statistics.

Alcoholism is also linked to a variety of psychiatric disorders, most notably anxiety and depression. Alcohol is present in the bloodstream of around 60% of people who commit suicide. If you suffer from alcoholism, you are also much more likely to self-harm.

How To Defeat Alcoholism

If you suffer from alcoholism, learning about the above information is seldom enough to help you defeat your alcoholism. This is because alcoholism is essentially a disease of the mind and a bona fide addiction. To break free from your addiction, you will need to undergo a detox programme. This alcohol detox programme must be followed by an intensive therapeutic programme. This therapeutic programme aims to treat the underlying emotional causes of your addiction.

Over the past few years, we have helped thousands of heavy drinkers stop drinking and pursue sustained recovery. People who drink a lot may fail to recognise the health problems which may be caused by regular heavy drinking.

To learn more about how Cassiobury Court may assist you with your recovery, you can speak to a member of our team today on 01923 369 161. Alternatively, contact us through this website.