How Alcohol Affects The Mind Of The Alcoholic 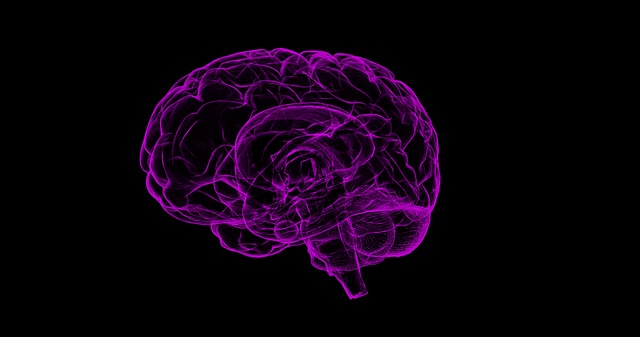 Most people are aware of the short-term effects that alcohol has on the brain, starting with increased confidence and lowered inhibitions, and leading to slower reaction times, difficulty walking and talking and memory loss.

However, most of these symptoms are reversed when the drinker sobers up. For the alcoholic, though, repeated alcohol abuse can lead to very serious issues in the brain, affecting the mind sometimes irreversibly.

Dementia is caused by a process of degeneration in the cerebral cortex, the part of the brain responsible for memories, thoughts and personality. For some types of dementia, such as Alzheimer’s Disease, onset cannot be predicted or prevented, as a range of factors contribute to this process.

Factors such as age, head injury, infection and brain tumours play a role in the development of brain damage and dementia may be caused by one or a combination of these. However, alcoholic dementia, described by the DSM 5 as alcohol-induced neurocognitive disorder, and sometimes known colloquially as ‘wet brain’ is very clear in how and why it is brought on. Prevention is possible, but sooner is better than later, as alcoholic dementia is difficult, if not impossible, to reverse after onset.

There are different types of alcoholic dementia, with general symptoms including:

A common form of alcoholic dementia is Wernicke-Korsakoff syndrome, which isn’t actually directly caused by alcohol but instead a thiamine (Vitamin B1) deficiency. Although a lack of thiamine isn’t a direct result of alcoholism, it is a very common problem for alcoholics.

Wernicke-Korsakoff is a form of brain damage made up of two different disorders which can occur separately or together. Wernicke’s encephalopathy is the more treatable, and must be dealt with quickly with an injection of B1 to avoid further problems. Korsakoff psychosis develops in 85% of Wernicke’s sufferers and involves typical dementia symptoms, but can also be characterised by ‘confabulation’, where the sufferer makes up detailed stories about situations in order to cover up gaps in their memory.

How Does Alcohol Damage The Brain?

Alcohol works to disrupt the delicate balance of chemicals and processes in our brains. Drinking too much for too long means that these chemicals require more alcohol in order to stay at their required levels, and then more so to achieve the desired effect of relaxation and confidence. Heavy drinkers also tend to lack important vitamins as alcohol inhibits the body’s ability to absorb vitamins properly.

Parts Of The Brain Affected By Alcohol

Known as the ‘reward pathway’ the mesolimbic pathway is the part of your brain that releases dopamine and provides you with feelings of pleasure. Alcohol and drugs stimulate this pathway, which is what makes them so addictive. Being repeatedly activated in this way means that these connections break down over time, requiring more of the substance to release the same feelings. Over time, the mesolimbic pathway becomes blocked up and inefficient, making it hard to form new synapses or break old ones. It is this that makes it so hard for addicts to quit their addictions.

These areas of the brain are in control of decision making, problem solving, motivation and planning. Disruption to the processes of these areas can lead to serious changes in the emotions and personality of heavy drinkers, which are common symptoms of alcoholic dementia and brain damage.

Neuropathological studies note a large reduction in neurons and reduced brain mass in alcoholics, meaning that not only does the brain stop functioning properly – it actually shrinks.

The part of the brain which plays a central role in forming memories and emotion, the hippocampus is one of the only areas of the brain in which issues caused by drinking can be reversed.

The hypothalamus holds the reins to the limbic system, and is in control of most of the body’s processes including eating and drinking, regulatory functions, emotions, hormone regulation, learning and memory. Alcohol abuse leads to a lack of reasoning as well as long term problems with memory.

One of the first areas affected by alcohol use, the cerebellum is in charge of voluntary movement. Long term alcohol abuse leads to atrophy of the white matter in the cerebellum, meaning a permanent loss of control of the body. It is this that causes alcoholics not to be able to walk in a straight line, after years of alcohol abuse, even when sober.

Can Alcohol Brain Damage Be Reversed?

It is critical to stop drinking as soon as possible so that any existing brain damage is halted, and issues in the body and mind can be addressed. Once you are sober, it is possible for some of the symptoms of alcohol abuse to go into reverse, although many of these will never completely disappear. Healthy eating and living will help the body to return to a state where it is able to take in all of the needed nutrients and a partial improvement in brain damage may be seen.

It is worth remembering, though, that for those who have been abusing alcohol for years, stopping drinking suddenly can be very dangerous, leading to onset of Wernicke’s encephalopathy or even depression of body functions and ultimately death. It is important that you attend a proper rehabilitation centre to deal with your alcoholism, rather than going ‘cold turkey’.

How To Get Help

Cassiobury Court offers a safe and inviting environment in which to rehabilitate from alcohol addiction. We offer a variety of therapies as well as professional doctors to ensure that your withdrawal is completely safe and you get all of the medication and vitamins that you need. You’ll be able to fight the physical addiction as well as come to understand the mental cravings so that the chances of you falling back into alcoholism after you leave is lessened.