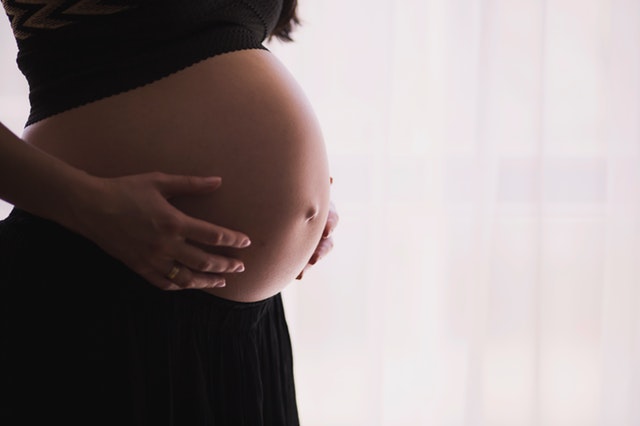 Advice varies with regards to what is a safe amount of alcohol to drink during pregnancy, to ensure that there are no complications. However, it is widely agreed that drinking in pregnancy, any more than the smallest amount of alcohol, has consequences for both mother and foetus.

In the earliest stages of pregnancy, most advice regarding women drinking is that they should not drink at all, and may have one or two units very occasionally during the final 6 months of pregnancy.

For this reason, if you are struggling with an alcohol addiction and trying to get pregnant, or have recently found out that you are pregnant, it is critical to get help as soon as possible.

How can alcohol intake affect your fetus?

From the earliest stages of pregnancy, a woman must be mindful of everything that she consumes because she is passing nutrients from her diet straight to her developing baby. The placenta and umbilical cord take oxygen and nutrients from the bloodstream and supply it directly to the baby. When alcohol enters the bloodstream then it is also subsequently passed on to the foetus.

The effects of alcohol on a foetus can be dramatic. A baby’s system is not as developed as its mother’s so, whilst alcohol is broken down quickly and is not (as) dangerous for the mother, it can cause life-threatening harm to the baby. Even a small amount of alcohol can cause a wide range of issues in the pregnancy and development of the child, both before and after the birth.

A similar effect is true of drug use including heroin in pregnancy, as we have covered previously.

Drinking during the first three months of pregnancy

Whilst advice from doctors has changed over the years, and can vary when it comes to alcohol consumption in the later stages of pregnancy, most doctors will agree that you should avoid alcohol for the first three months of pregnancy – also known as the first trimester.

The National Institute for Health and Clinical Excellence (NICE) is an independent body dedicated to providing national guidance for promoting good health and treating ill health. According to NICE, drinking during the first three months of pregnancy substantially increases the risk of miscarriage, so you should not drink any alcohol at all during that time.

NICE also state that drinking alcohol at any stage of pregnancy still poses a risk, and advise that this should be understood before deciding to drink at any point in your pregnancy.

Some of the issues that drinking heavily during pregnancy can cause include:

Foetal Alcohol Syndrome (FAS) is the umbrella term for a wide range of problems in children which are thought to have been caused by the mother drinking heavily during her pregnancy. It can refer to physical deformities, problems with memory and communication and learning difficulties. Amongst the symptoms of FAS are:

What are the signs of an alcohol problem during pregnancy?

Whether you are worried about your own drinking or someone else’s, it is key to be aware of the signs of an alcohol addiction for those who are trying to become pregnant or in early pregnancy. Some of the warning signs which might accompany dangerous drinking behaviours during pregnancy include:

Do you need help?

If you drink heavily and want to start trying for a baby, or have an alcohol problem and have found out that you are pregnant, it is likely that you will need to talk to your midwife or get help from a doctor. For those who drink heavily on a regular basis, there are withdrawal symptoms that are likely to come about from stopping suddenly, which you may require medication or support to cope with.

For those who have been drinking for a long time, it can also be dangerous to stop suddenly, so the support of a medical professional is key.

You may be able to enrol in an outpatient clinic if you are not suffering from a severe addiction, but for some people 24-hour care at a dedicated inpatient facility is the best way to deal with addiction. In these cases a dedicated treatment team may be required to monitor both yours and your baby’s progress during detox and recovery, and deal with any issues as they arise in a safe environment.

At Cassiobury Court we offer detox and recovery programmes that last for anything from 9 to 90 days to ensure that you get the support that you need. You’ll be prescribed medications for detoxification, and attend group, solo and family therapy sessions to help you to get to the root cause of your addiction and provide you with the tools that you need to survive after you are rehabilitated.

Even more crucially, Cassiobury Court provides 12 months of aftercare, allowing you to talk to therapists and staff after you have left the programme, so that you can get the support you need to stop drinking permanently.

For new mothers, with the enormity of the life change that you are going through, this is so important. You’ll feel supported during a time when it would be natural for you to turn to alcohol after years of reliance.

If you have become pregnant and want a fast solution to your alcohol addiction, it is key that you act as soon as you can. We can be reached on 01923 369 161 or you can text HELP to 83222 to get started on your rehab journey.