Designer Drugs And Their Dangers 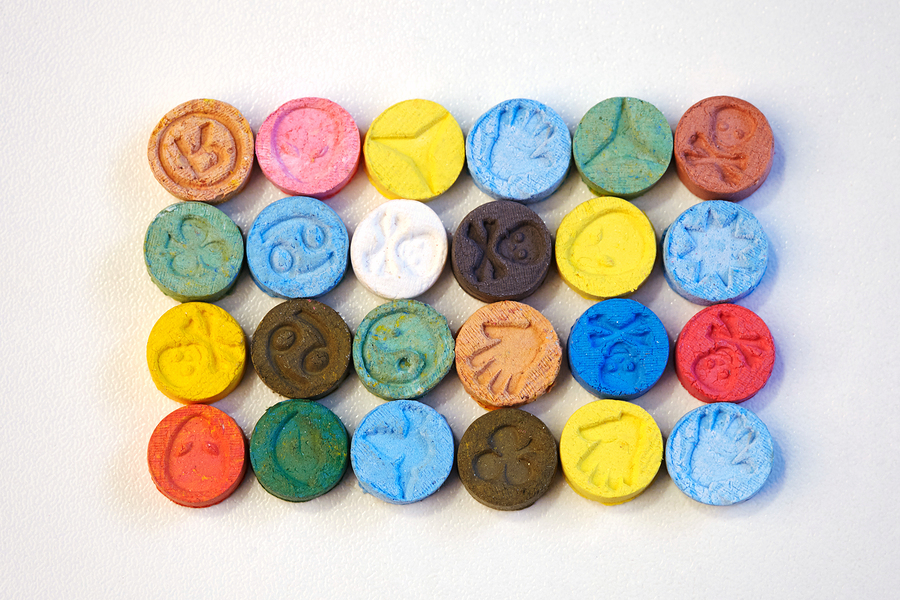 Designer drugs, also known as ‘legal highs’, have been around for decades. However, it has only been over the past 10 years that they have truly been recognised as dangerous, and measures have been put into place to try to keep them under control in the UK. A blanket ban on legal highs came into force three years ago under The 2016 Psychoactive Substances Act, which somewhat limited use of these drugs, but many people still struggle with addictions to these substances.

What is a designer drug?

Designer drugs came about as a way for illegal drugs manufacturers to circumvent the law and create ‘copycat’ versions of popular street drugs whilst attempting to evade prosecution. The drugs work by taking the chemical structure of common illegal substances and slightly changing them, so that they produce similar effects but, in theory, do not come up on routine drug tests. These manufacturers also feel that these drugs are less easy to prosecute for possession of.

Designer drugs are often promoted as ‘herbal’ alternatives to illegal drugs, in an effort to avoid regulation. In some cases this has been successful, although the aforementioned ban on legal highs has made this far more difficult to get away with.

There are generally three recognised categories of designer drug:

Popular examples of legal highs include:

Why are people attracted to them?

There are a few reasons that people prefer to choose designer drugs over their street counterparts, but most of these beliefs are mistaken. These beliefs include:

What are the dangers?

For those experimenting with designer drugs, there is just as much risk as with any other drugs. Some people try a ‘legal high’ as a way to wean themselves off of illegal substances, but these drugs also carry the risk of addiction, meaning that users could very well find themselves replacing one addiction with another.

There are plenty of risky side effects associated with designer drugs, including:

In the long term, chronic use of these substances leads to higher tolerance, which means that users have to take more and more to feel the same effects. The more of the substance they are required to take the harder the toll is on the body.

Although he is now free of his addiction, Matthew Nuttall was addicted to Spice, and says that it was only his fear of dying that made him quit. Trying it recreationally as a teenager, Matthew soon found himself addicted, smoking around four grams a day.

Talking with the Manchester Evening News, Matthew said:  “I used to go to sleep smoking Spice, wake up, smoke some more and go to sleep again. I was smoking a spliff every half an hour. I was too high to remember what was happening. When you didn’t have it, you really craved it. There were really bad withdrawal symptoms. You just feel so ill. It makes you stop caring and stop thinking about your problems. I’ve seen people so messed up from it. It’s not the Spice that makes people violent, but when they haven’t got it, that’s what makes them violent.”

Matthew hopes his experiences will help others to avoid Spice, and drugs like it, saying, “Just never ever use it. Don’t go down that pathway because you won’t be able to get out. Things are so much better without it. You just feel brain dead half the time. They say people look like zombies and that’s how it feels.”

Whilst Matthew was able to beat his addiction, many others have not been so lucky. In March 2018, seven deaths in a week were reported as a result of the legal high Black Mamba, and the UK Government is cracking down on Fentanyl after 60 deaths were reported in the UK alone between 2016 and 2017, and in view of the crisis situation emerging with the number of Fentanyl-related deaths in the US.

How can you get help?

If you are worried about an addiction to designer drugs, Cassiobury Court can help. A residential rehabilitation centre, we offer programmes of up to 90 days to help addicts detox and lose their dependency on alcohol and drugs. A 12 month aftercare programme is available to ensure that you are supported throughout the most difficult times of your sobriety, and you are able to engage in individual, group and family sessions to help with every area of your addiction.