Why Do Older Alcoholics Refuse To Get Help? 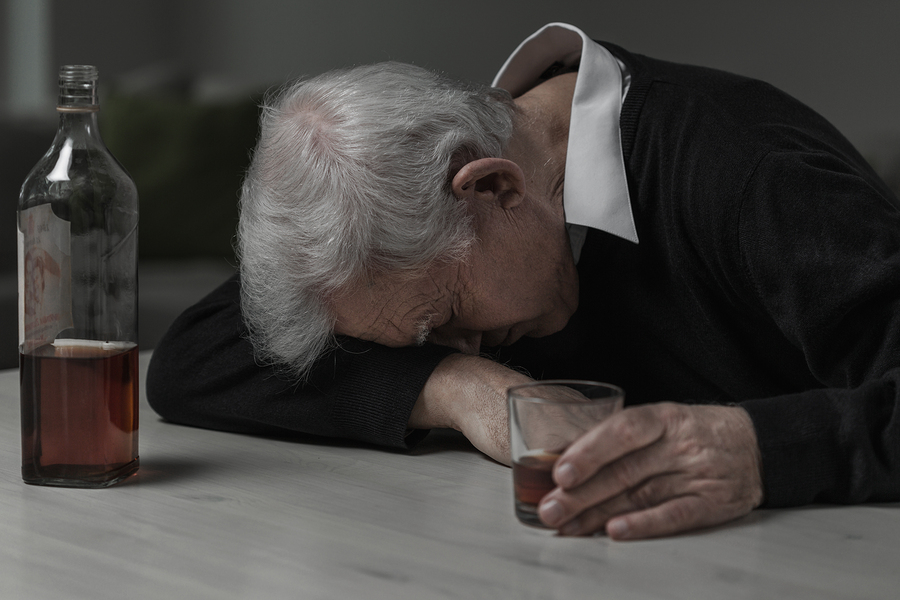 Recent research from the Drink Wise, the Age Well programme has revealed worrying attitudes towards alcohol and people over 50, which leaves the elderly at increased risk of harm from alcoholism. The study surveyed more than 16,700 people and found a number of factors which affect how over 50s drink, and why they feel that they are unable to get help when struggling with an addiction.

Key findings from the report include:

1. Over half of the respondents aged 65 and over believe that people with alcohol problems only have themselves to blame, whilst almost a quarter think that alcoholics should be ashamed of their addiction.

2. One in four respondents said that if they themselves had a drinking problem, they wouldn’t tell anyone. This indicates that there may well be a hidden population of elderly people struggling with alcohol addiction on their own.

3. Many of the people surveyed admitted to drinking more than they used to and gave age-related reasons for doing so. Some of the things which could contribute to problem drinking in later years include:

4. 83% of those surveyed said that they had never been asked about their drinking, or had it suggested to them that they should cut down. In later years, feeling increasingly isolated can not only lead to risky drinking, but can also mean that there is no one around to notice if alcohol becomes an issue.

Whilst these statistics can be shocking, the team at Drink Wise, Age Well, believe that the survey provides invaluable information about how best to target problem drinking in the over 50s.

“This report shows that existing attitudes and beliefs about ageing and alcohol can prevent people from getting the right type of advice and seeking support.

Later life can be full of opportunity and new beginnings, but it can also be a time of changes that are difficult to adapt to.

Drink Wise, Age Well is working alongside local communities in Sheffield to look at the skills people already have that can help them get the most out of life.

It is well established that keeping in contact with those around us, having a chance to learn new skills and enjoy doing the things we love provides us with many of the things we need to keep us healthy and happy as we get older.”

The survey found that the biggest issue surrounding drinking and over 50s was the stigma associated with alcohol use. Many respondents felt that if they did develop a drinking problem, they could only blame themselves, and the shame associated with this would stop them from seeking help. In fact, 26% of those aged over 50 and 29% of those aged over 65 would not tell anyone if they felt that they had an alcohol problem. Not only this, but many respondents felt that they wouldn’t know where to seek help even if they wanted it.

All of this means that when facing an alcohol problem, many elderly people would seek to hide the issue and deal with it on their own, making it likely that the issue would just get worse over time.

There are a variety of reasons that elderly people would not seek help if they believed that they had a drinking problem. These include:

People that have been dealing with drinking problems for a long time are more likely to have attempted treatment in the past and been unsuccessful. This can make it more likely that they will be reluctant to attempt treatment again, particularly if they had bad experiences with detox in the past.

Often medical professionals and frontline workers will not be looking for problems with alcohol in their older clients and may miss the issue. There are also ageist attitudes within care communities that can provide barriers to referral and treatment for those over 50.

For those that have health and mobility problems, it may simply come down to an inability to access support services for their drinking. Many outpatient rehabilitation services are held at local centres that require driving or getting public transport to, which for those with limited mobility can simply be out of the question.

Not being aware of what equates to problem drinking

The Drink Wise, Age Well survey found that 74% of respondents didn’t actually know what the recommended drinking guidelines were, and more than half were unsure of how to accurately calculate alcohol units. This means that many people may be engaging in risky alcohol use without even being aware of it.

Whilst the survey did find problems with getting older adults to understand risky alcohol use and access support services, it did provide positive results with regards to getting sober. Older people struggling with alcohol problems are far more likely to successfully complete treatment for their issues than those who are younger.

Alcoholism is an illness, not a choice, and needs to be treated as such. Quitting alcohol cold turkey can cause a range of symptoms which can be unpleasant or even dangerous for people of all ages, including:

This is why it is so important for people of all ages to get professional support when detoxing from alcohol.

If you are struggling with chronic alcohol abuse, stopping drinking suddenly could be fatal, so it is critical that you work with a support service in order to reduce and then detox entirely from alcohol.

Cassiobury Court is a dedicated rehabilitation centre, which provides residential care for those with addictions. Programmes can last up to 90 days if required, and there is a 12-month aftercare programme which helps you to get back on your feet after you leave rehab.

Treatment is performed by professionals, and there are group, individual and family sessions to help you to get to the root of your addiction and deal with it in a maintainable way.