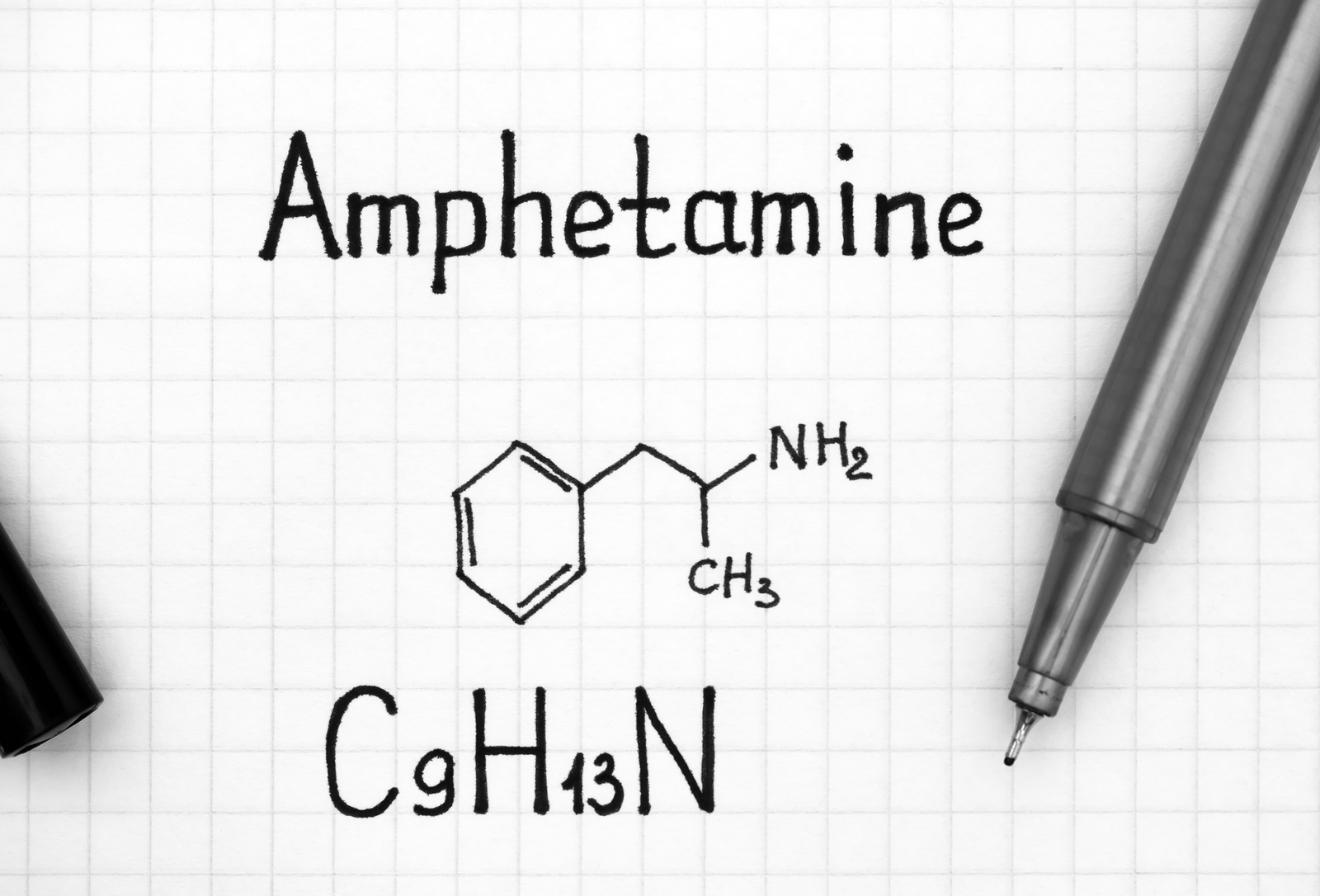 The term ‘amphetamines’ refers to any one of a number of drugs derived from and including amphetamine, a stimulant that affects the central nervous system.

There are legitimate uses for amphetamine, which is used to successfully on prescription treat things such as ADHD, obesity and narcolepsy. Other, recreational, drugs derived from amphetamine include MDMA (ecstasy) and methamphetamine (crystal meth), whilst amphetamine itself is used as a party drug and referred to as ‘speed’.

Thanks to the prevalence of amphetamines in the party scene of the 90’s and early 00’s, it is often thought of as a fairly new drug. However, amphetamine and the drugs derived from it have been in use since the 19th century, when they were first discovered. Scientists discovered the medicinal properties of amphetamines in the early part of the 20th century, during which they were used to treat things like low blood pressure and asthma, as a libido enhancer and as an appetite suppressant. This use was favoured into the 1950’s and 60’s, when the drug enjoyed a certain notoriety as a slimming aid.

Amphetamines also had a boost in popularity during WW2, as the base drug and a number of its derivatives were used as stimulants and performance enhancers for soldiers and those involved in the war effort on both sides. By the end of the 1960’s further research was done into the effects of amphetamines, as people started to connect ill-effects such as depression, heart problems and increased risk of strokes, with the drug.

By the beginning of the 1970’s, governments around the world had begun to restrict availability, sending usage of it underground and into a more recreational forum. Thus, ‘speed’ became a staple drug of the party scene into the 1990s, coupled with the emergence of ecstasy in the 1980s.

Today, crystal MDMA and speed still have a firm place in the party scene of the UK and other places around the world whilst crystal meth, one of the most damaging forms of amphetamines, is very prevalent in parts of the US and Australia to this day, causing serious societal issues across the globe.

Amphetamines have a range of different legal classifications that depend on which substance is in question. In the UK, amphetamine itself is a Class B controlled substance, meaning that it is legal to use when prescribed by a doctor, but illegal to use outside of this.

Substituted amphetamines, including ecstasy and meth, are Class A substances which carry serious criminal penalties for possession or supply of the drugs.

Signs And Symptoms of Abuse

As mentioned earlier, amphetamines are often used medically, and therapeutic doses of the drug produce very few symptoms. These doses tend to be far exceeded in recreational use, however, meaning that users will often display all or some of the following symptoms:

Amphetamine addiction can take hold quickly if the drug is used frequently. People that are abusing amphetamines don’t give their bodies long enough to recover in between doses, meaning that the side effects listed above are likely to become more serious over time. If you are concerned that yourself or a loved one is suffering from an addiction to amphetamines, behavioural signs to look out for might include:

Meanwhile, physical symptoms of longer-term amphetamine abuse might include:

How Do Amphetamines Affect Mental Health?

Amphetamines don’t just affect the physical body and behaviour of the user. Once amphetamine abuse is established, the drug starts to wear down the neural pathways that affect mood and cognitive ability as well. Whilst behavioural side effects may seem frightening, these effects aren’t permanent and will usually fade once the drug wears off.

However, with brain damage there is little that can be done to repair these connections, and users may find themselves struggling permanently with a range of symptoms including:

For those in the grip of an addiction, the fear of causing permanent mental and physical damage to themselves can be difficult to cope with, which can force them further into their addiction as a way to cope. This is why if you or someone you know is struggling with this type of addiction, you need to get professional help and support.

Just as with any other addiction, amphetamine addiction can be dangerous and difficult to rehabilitate from. This is why Cassiobury Court has a dedicated residential rehab centre staffed by professionals who can help you to detox safely and comfortably from any substance addiction. We can provide you with the medication that you need to keep your body fighting fit during your detox, as well as round the clock support and therapy to get to the root of your issues and make it less likely that you will relapse in the future.

We offer a range of counselling services which include group and family therapies, so that you can discuss your issues with other addicts, and rebuild your support network back home ready for you to come back out of rehab. You will also have individual therapy sessions that are designed to help you to understand where your addiction came from.

Wellness and social activities are provided on site to ensure that you keep a full schedule that doesn’t have you struggling alone with your detox with nothing to do. We provide everything from day trips to yoga to sports lessons so that you stay active, heal your body and repair any physical damage that your body has been through as the result of addiction.

Most importantly you are offered 12 months free aftercare when you leave us, so that we are still there with you in the tough early days after rehab.