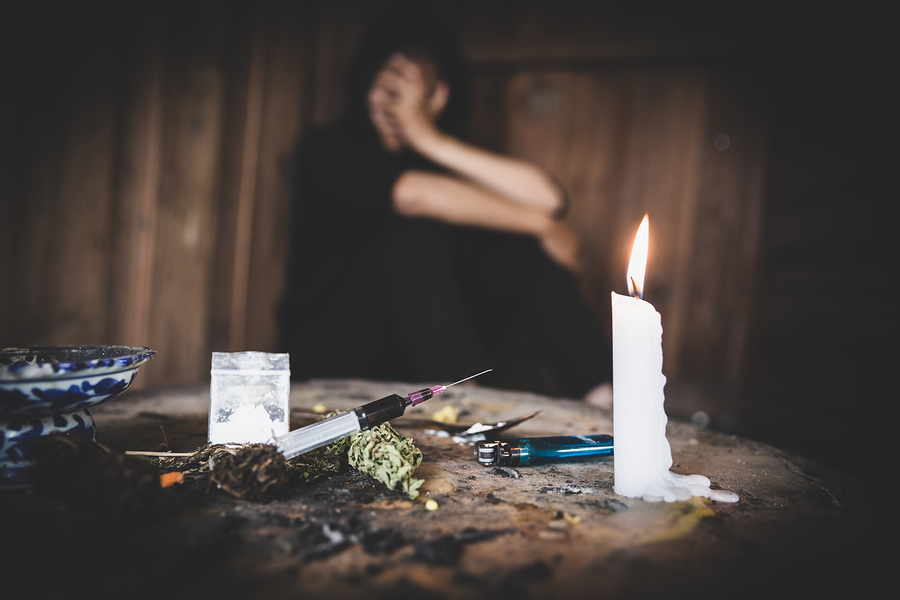 Whilst everyone has witnessed some of the effect coronavirus has had on retail and business, some people are more seriously affected than others.

Much has been made of the struggles of lower-income people, who are unable to afford to stockpile and are thus at risk of going without due to disruptions in supply chains. Many products and ingredients are difficult to source at this time, and the illegal drug market is not immune to the effects of the coronavirus crisis either.

The UK has one of the most thriving import markets for class A drugs like cocaine and heroin. As borders across the world are being shut down, the availability of these drugs is getting scarcer.

Whilst we do produce other drugs such as cannabis and ecstasy in the UK, getting the supply out to customers is proving difficult for dealers, and with fluctuating currencies causing dealers to rethink using online currencies like bitcoin, those struggling with addictions are facing an uncertain time.

Addiction charity We Are With You has voiced concerns that people may be at risk of overdosing or coming into contact with dangerous chemicals, as suppliers begin to cut their substances more harshly in order to ensure that they spread further and do not impact their sales.

Andrew Horne, interim executive director of the charity’s Scottish division, said: “Some of the people we work with here in Scotland have been telling us that they’re stockpiling drugs.

“But we’re also hearing about supply difficulties too and that the purity of many drugs is decreasing as dealers cut them with different substances to increase their bulk.

“The concern for us is that people might not know what they’re taking or could turn to other drugs that they are unfamiliar with, which could have more serious consequences for them and increase the chances of overdose.”

The obvious answer for buyers in the first instance, when worried about disruption to their supply, is to stockpile their drug of choice.

This causes further issues for a number of reasons. Firstly, those who cannot afford to do the same will run out of drugs more quickly, causing abrupt and dangerous withdrawal. Secondly, having a considerable amount of a drug that they are addicted to close at hand could cause accidental overdose.

If people are not able to get hold of the drug that they are addicted to, the next option is to search for an alternative. Doctors have expressed concern about novel psychoactive substances such as spice (a synthetic alternative to cannabis), which can often cause dangerous side effects, and are harder for users to regulate as they are not used to the substance.

Even if a user does not actively choose to substitute their drug of choice with an alternative, unscrupulous dealers may sell another drug to them under the guise of what they usually take.

This is dangerous because some drug substitutes have a far higher potency than what a user might be comfortable with. The drug fentanyl, for example, has a lot of similar effects to heroin, and is often cut into heroin to make the drug stretch further. The issue here is that fentanyl is more than 50 times stronger than heroin.

If a user takes the same amount of heroin cut with fentanyl as they would regular heroin, the potential for overdose is huge and the consequences devastating.

How Those In Recovery Are Coping

Rebecca Harris, Service Manager and UKCP accredited Systemic Psychotherapist from the Central and North West London NHS Foundation Trust, says: “People who have existing alcohol issues and are isolating at home will not have the distractions that normal life provides,

“They might be tempted to use alcohol as a way of filling this void, or coping with being cooped up in a stressful environment. Substance misuse services and GPs may also not be able to provide their usual level of support during the current crisis.”

The article speaks with Dave Wilson, who is in recovery and has been sober for the past 15 months. He says that in the past, a time of upheaval such as this would have been a trigger for his addiction, but that he has now developed new coping mechanisms. He says: “I get up early every day, and get showered and dressed as if I were going to work. I’ve set my bike up on a turbo trainer and do an hour a day of training. I make sure my wife and I get alone time together so we can have a catch-up.”

Dave believes that there are additional pressures at this time for those struggling with addiction, from financial worries to loneliness, saying: “I think this will become even more challenging for recovering addicts as the weeks go on. Financial pressure will put a huge strain on some people, and being forced to be at home together. There are also the people in recovery who live alone and don’t have to be accountable to anyone but themselves.”

But, he says, there are ways to manage. “I suggest they spend time reminding themselves why they chose to give up alcohol in the first place. Remind themselves of how far they have come and how things would be if they started to drink again.

“Take it one day at a time, even an hour. If they feel a temptation, don’t give it too much energy. Go and do some exercise, go for a walk. Watch some TED talks, or listen to some audio books on recovery.”

How Can You Cope In Lockdown?

Dave’s advice is useful, but his own personal coping mechanisms might not be for everyone. It is important that you find your own routine. Rebecca says that staying busy is key to success in recovery, and this might mean getting a little creative during lockdown.

“From being an NHS volunteer to helping local communities with deliveries and picking up prescriptions to helping a friend’s child with a virtual lesson, reading together remotely or being part of volunteer groups to help with a phone call to lonely people, it all helps,” she says.

Cassiobury Court is here for you throughout the coronavirus crisis. We are still operating our rehabilitation services as before, and are able to offer residential rehab services, counselling and wellbeing therapies. Just give us a call on 01923 369161 to get started and we can guide you from there. Alternatively text the word HELP to 83222 and we will get in touch with you.