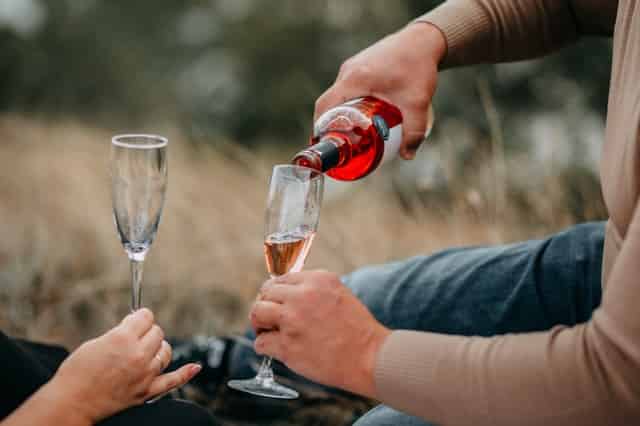 When we discuss binge drinking vs alcoholism, we’re looking at two separate but sometimes interconnected forms of alcohol abuse. Someone who’s a binge drinker might not be an alcoholic, and the same is true the other way around. However, both can cause considerable health problems, even death.

This article examines, in detail, the difference between binge drinking vs alcoholism and how individuals can kick these harmful drinking habits and create a happier, healthier future.

What is binge drinking?

Many people ask: is the act of binge drinking alcoholism? Not necessarily. But a binge drinker can certainly become an alcoholic.

In simple terms, binge drinking is the act of consuming large amounts of alcohol in a short space of time. Unlike alcoholics, binge drinkers may not feel a daily need to drink alcohol. However, when they do start drinking they find it difficult to stop. They often feel compelled to get drunk in order to socialise.

According to UK health guidelines, binge drinking is defined as drinking more than:

To help you calculate the units: 3 units = one pint of 5% strength beer or one large glass (250ml) of 12% wine. Alcohol Change provides a useful unit calculator which you can find to calculate how many units you are consuming per week.

One of the reasons why binge drinking is dangerous is that alcohol’s effects are exacerbated when consumed quickly. The faster it’s consumed, the more it alters an individual’s equilibrium and the harder it is for the liver to process.

Drinking large amounts in short period of time increases your risk of:

The human body can only process one unit of alcohol per hour. So, while a couple of beers or glasses of wine might not seem like much; when drunk quickly it raises the concentration of alcohol in your blood.

Yet, if you drink the same amount over a longer period, preferable with food and/or water; then your body will be able to process it and alleviate the binge drinking effects which can be so harmful. 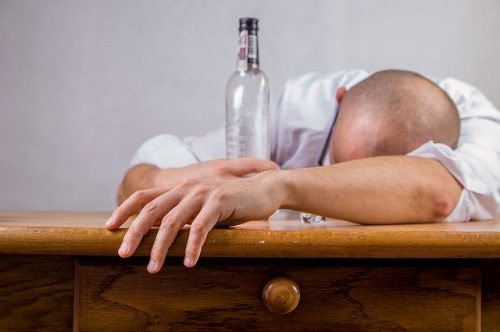 Alcoholism is defined by a strong dependency on alcohol. It’s the point at which an individual can no longer simply say ‘no’ to alcohol, because they crave it so strongly. It’s a crutch upon which they lean to get through their lives.

Despite the problems it creates – impacting on health, social relations and financial wellbeing – alcoholics find it incredibly difficult to stop drinking. Whereas binge drinkers can often refuse alcohol, alcoholics feel compelled to drink it. Of course, an alcoholic will often be liable to binge drink too.

The signs and symptoms of alcohol dependence include:

If you’re among those who find it difficult to stop yourself from drinking on a regular basis, and have an overwhelming craving for it; then the chances are you are an alcoholic.

Coming to terms with this fact is an important first step on the road to recovery.

How to treat binge drinking and alcoholism

It’s important that binge drinkers first understand and accept the extent of their problem. Honesty is the best policy. A good starting point is to write down how much you drink: including quantity on a given day, and how often you drink.

The second stage is to write down what you think are the short and long-term consequences of your actions. This can take into account health and wellbeing, social relations, and financial or work consequences. Spelling this out could help give you the impetus to start controlling your drinking.

Also, what are your triggers? Identifying the situations which cause you to drink, can enable you to manage them better – or avoid them altogether.

Another consideration is to get one-on-one help. Talking your issues through with a counsellor or other professional can get help you on the path towards more responsible drinking and perhaps stop you from developing an alcohol dependency. Indeed, depending on the severity of your drinking problem, you may suffer binge drinking alcohol withdrawal – which increases the need for guided assistance.

Alcoholics also need to go through an initial stage of self-awareness (see above). When someone accepts that they have a problem, it sets the ball rolling for recovery – even if the process may be a very challenging one.

To make the process of going sober much safer, it’s recommended you get qualified professional help. Going sober alone – if done improperly – can have dangerous consequences. For example, long term alcohol use can skew the chemical balance of an individual’s brain so that withdrawal may even cause seizures.

At Cassiobury Court, we provide alcohol rehab and detox programmes which are tailored to the specific needs of individuals. These programmes are provided in a safe and secure environment so that withdrawal symptoms are carefully managed.

As we can see, there are some similarities between binge drinking and alcoholism, but also many important differences. There is also the potential for crossover. For example, someone who starts off as an excessive drinker at the weekend, may start to increase the number of days they drink: it’s a slippery slope.

Whether you’re a binge drinker or an alcoholic you should consider getting professional support to ensure your recovery has the best chance of success.