10 effects alcohol has on your body 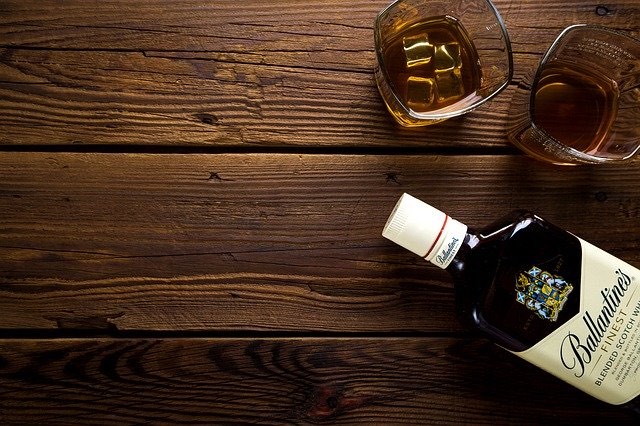 Because alcohol is legal, widely available and generally socially acceptable, there is sometimes a misconception that it is a lot less harmful than other, illegal substances.

In reality, alcohol can be extremely damaging, especially when consumed in large quantities over a long period of time. According to one study in The Lancet, alcohol consumption has been found to be a causal factor in at least 60 distinct medical conditions.

Chronic alcohol misuse can cause a lot of damage over time but even a single binge-drinking session can lead to impairment, damage or even death.

This one seems an obvious place to start. Most people know that alcohol tends to get you drunk but the potentially harmful effects of intoxication are often underplayed or laughed off. Nausea and sickness are some of the least harmful short term effects alcohol has on the body. It also affects co-ordination and decision-making processes, which could contribute to a range of harmful situations. Alcohol is linked to criminal and anti-social behaviour, violence, domestic abuse, accidents and injuries.

Alcohol poisoning is also a danger if you drink excessive amounts of alcohol and can interfere with the body’s automatic functions such as heart rate, breathing and gag reflex, which can lead to choking. Alcohol poisoning can result in a coma or even death.

One of the most common serious effects alcohol has on your body is liver disease. The liver is the organ that is most responsible for metabolising or processing the alcohol in your body, so drinking large amounts of alcohol or drinking regularly long-term can put a great deal of strain on the system.

Some specific dangers include alcoholic fatty liver, which is an early and reversible sign of alcohol damage and longer-term inflammation, generally known as alcoholic hepatitis. If left to develop, the scar tissue formed by this inflammation can cause the liver to harden, leading to cirrhosis. If the liver is unable to carry out its routine functions, it can cause multiple organ failure and death.

The pancreas is a small organ located behind the stomach, which aids digestion. Acute pancreatitis sees the pancreas become inflamed or swollen and can lead to severe pain and other symptoms such as sickness, diarrhoea and fever. It is most common in people who drink heavily and people who have gallstones.

Some forms of cancer

Cancer is another example of the serious effects alcohol abuse has on the body. Chronic consumption of alcohol can be a contributory factor in developing a number of different types of cancer, including cancers of the:

A combination of smoking and drinking can also increase the risks of cancer of the respiratory tract (lung cancer) and cancer of the gastrointestinal tract.

Alcohol suppresses the central nervous system. As already mentioned, intoxication is one of the first 5 physical effects alcohol has on the body. Effects such as blurred vision and slurred speech are usually only temporary but excessive drinking can also lead to long-term damage to the brain. Alcohol affects receptors and neurotransmitters in the brain and can lead to neurological changes that can interfere with cognitive function (thinking), movement, moods and emotions on a number of different levels.

Alcohol can have a wide range of effects on the gastrointestinal and digestive systems as the entire gastrointestinal tract can sustain damage. Individual conditions could include stomach ulcers, acid reflux, heartburn, and an inflammation of the stomach lining that is known as gastritis.

Drinking too much alcohol has all sorts of effects on the body, including suppressing the immune system. Alcohol can cause changes in platelets, white and red blood cells, all of which can have an effect when it comes to fighting off infections. This could lead to a higher risk from infections such as HIV, tuberculosis (TB), pneumonia and many others.

Osteoporosis refers to the loss of bone density and is perhaps one of the conditions few people would associate with alcohol consumption. Alcohol interferes with the production of vitamin D, calcium and cortisol levels however, all of which are associated with bone health. Excessive drinking, especially in childhood and young adulthood when the bones are developing, can lead to this condition in later life, increasing the chance of fractures and other issues.

Alcohol is highly calorific and can cause people to put on weight. Even lighter ‘casual’ drinkers may notice the impact as the extra calories from the alcohol itself are often accompanied by overeating when intoxicated. At the same time, excessive alcohol intake can also lead to malnutrition. This may be because the heavy drinker does not look after themselves properly and drinks instead of eating. The calories in alcohol are ‘empty’ calories, meaning they do not have nutritional value. Alcohol can also prevent nutrients from elsewhere from being broken down properly.

Alcohol can also affect the ability of the bine marrow to produce red blood cells, ultimately leading to the development of iron deficiency anaemia.

Heart disease is another one of the most serious effects alcohol has on the brain and body. Alcohol consumption can cause blood vessels to constrict, triggering the release of certain hormones and leading to high blood pressure. Excessive consumption of alcohol has also been linked to angina – a chest pain caused by reduced blood flow to the heart muscles – and an increased risk of heart failure.

Heavy drinking or binge drinking also has the potential to lead to a stroke. As the body recovers from a binge, a combination of platelet activity and fluctuations in blood pressure can lead to a transient ischaemic attack (TIA) or ‘mini-stroke’. Despite being termed a ‘mini’ stroke, this can still be extremely serious.