Is Obesity An Addiction? 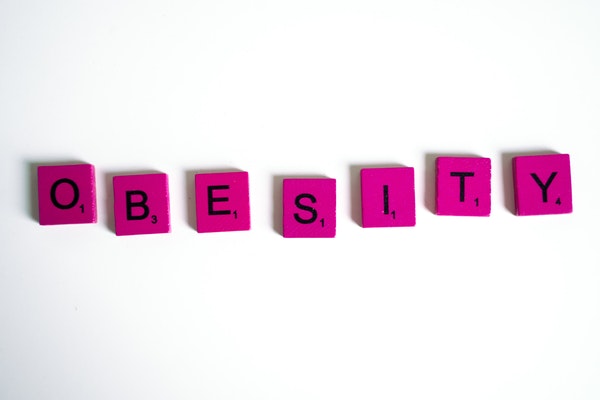 In England alone, it is estimated that 28% of adults are classed as obese.

If you have recently found yourself asking “is obesity an addiction?”, here at Cassiobury Court, we have delved into the causes of obesity to determine whether obesity is an addiction.

Before determining if obesity is an addiction, it is imperative to review the most common causes of obesity.  While various common misconceptions state that obesity stems from overeating and a lack of physical activity, several other factors can influence whether an individual will become obese.

In addition to overeating and lack of physical activity, causes of obesity include, but are not limited to the following;

In order to determine whether obesity is an addiction, the causes of obesity must be examined in much greater detail.

As it is scientifically proven that an increase in the amount of food consumed paired with a decrease in physical activity will automatically put an individual at risk of becoming obese, below, we have delved into genetics, underlying medical conditions, compulsive behaviours and eating disorders.

While it is already understood that obesity stems from various factors, across the world, multiple studies have been conducted to identify the correlation, if any, between obesity and genetics.

Findings presented by studies conducted in America have uncovered that genetics are 40-70% likely to contribute to the likelihood that individuals will become obese at some point in their lives.

It should be noted that the genetics that contribute to the risk of obesity do not directly determine whether an individual will become obese.

Instead, genetics increase the probability that an individual will be subject to excess weight gain, increased hunger levels, reduced satiety and tendency to store body fat.

However, environmental and behavioural influences can reduce an individual’s odds of becoming obese.

The NHS confirms that medical conditions such as underactive thyroids, over-production of steroid hormones and polycystic ovary syndrome can see an individual more prone to becoming obese.

In addition, medications prescribed for mental health disorders, epilepsy and diabetes can see an individual more prone to weight gain.

However, with the correct medical support, the risk of obesity linked with medical conditions can be reduced.

In the United Kingdom, it is believed that compulsive overeating impairs the lives of 12 million adults.  Sadly, just as individuals struggling with drug and alcohol addictions will defer help, those living with compulsive overeating disorders will too.  This is often due to shame, guilt, worries regarding assumptions formed by others and lack of knowledge regarding the available treatment.

Sadly, when left untreated compulsive overeating will gradually cause an individual to become overweight or obese.

Similarly to compulsive overeating, binge eating disorders also put an individual at greater risk of becoming obese.  Recognised as a severe mental health disorder, binge eating impairs the lives of 22% of individuals in the United Kingdom each year.

This regrettably causes them to eat large quantities of food and hide how much food they consume from others.  Gradually, as touched on above, this puts those struggling with binge eating disorders at risk of becoming obese and suffering from the health risks associated with obesity.

Is Obesity An Addiction?

Having determined the various factors that often lead to obesity in the United Kingdom, it could be argued that obesity is indeed a form of addiction, especially when considering compulsive overeating and binge eating disorders.

As discussed above, individuals struggling with compulsive overeating and binge eating disorders will find themselves subject to the vicious cycle and patterns that addictions often impose on those living with drug and alcohol addictions.

Without professional support and treatment, compulsive disorders and eating disorders are virtually impossible to overcome.  Over time, they will become almost unbearable and will put individuals at risk of becoming obese.

Having concluded that obesity could indeed be classified as an addiction, it is essential to understand the treatment that is required and readily available via our private residential rehab located in Watford.

At Cassiobury Court, we provide rehabilitation to individuals struggling with obesity by combining food and meal planning with psychological and well-being therapies and activities.

Combined, our treatments aim to reduce body weight and educate those struggling with obesity to ensure they can turn their life around and secure a healthy future.

If you have found yourself struggling with a compulsive or binge eating disorder, you must seek treatment.  Failure to do so could put your life at risk.

If you find yourself struggling with obesity, compulsive overeating or binge eating disorder, please do not hesitate to contact us today.

With our help, we guarantee that you will have the ability to overcome your struggles and make suitable changes to your lifestyle to preserve your health.

If you would like to find out more about our treatment, please call us on 01923 369 161.  Alternatively, email info@cassioburycourt.com.

Obesity and Genetics: Nature and Nurture