How To Stop Binge Drinking 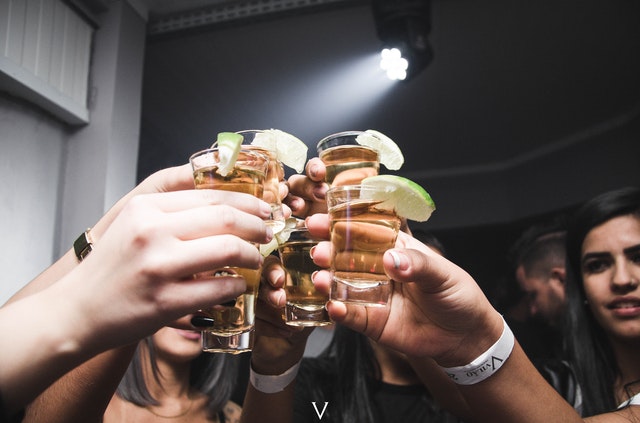 Binge drinking is very common in the UK. More than a quarter (27%) of people who drink alcohol across the UK report that they binge drink on their heaviest days of drinking. The actual figure could be even higher as some people might not be aware of what constitutes as binge drinking.

Any type of heavy drinking can be potentially harmful. Alcohol is a contributory factor in a number of physical and mental health conditions and can also lead to risky or inappropriate behaviour.

Binge drinking and alcohol addiction are not the same things, but heavy drinking can easily lead someone to develop an alcohol use disorder.

If you have previously tried to cut down your drinking and failed, or simply want advice on the best ways to do so, it may be worth seeking professional help as it can be difficult to do so alone.

What is binge drinking?

Put simply, binge drinking is drinking too much in a single session. The exact definition of ‘too much’ can vary however, and you might be surprised at the levels of alcohol consumption that can be dangerous or deemed problematic.

Drinking more than this doesn’t necessarily need you to have a serious problem or need rehabilitation, but it does mean the risks associated with alcohol consumption are increased.

The NHS defines binge drinking as drinking more than 8 units in a single session for men, and 6 units for women. To provide some context, 6 units is the equivalent of 2 large (250ml) glasses of wine while 8 units equals four pints of regular strength beer.

Why do people binge drink?

There can be many reasons why an individual drinks to excess. There is certainly a drinking culture within the UK as a whole and societal pressures, particularly peer pressure, can play a part. This may be particularly true for young people such as college students and even schoolchildren.

One recent survey found that 44% of pupils aged 11-15 had tried alcohol, with one in ten saying they had consumed alcohol during the last week.

Of these, a fifth (21%) reported drinking 15 units or more and nearly half (43%) of pupils who had drunk alcohol within the previous month said that they had been drunk at least once in that time.

Some binge drinkers do so for the fun of course and, while it can start out that way, excessive drinking can soon lead to negative consequences. As well as the short term risks of sickness, accidents and poor decisions, it can lead to long term illnesses and a growing dependency that can require alcohol detox & withdrawal.

Chronic drinkers may build up a tolerance to the effects of alcohol, meaning they need more and more for the same effect, leading to increasingly heavier binges.

And some people may be drinking because they are depressed or are going through difficult times. Alcohol can seem to help for a while but it is never a long-term solution and can often just serve to make things far worse.

The dangers of binge drinking

Binge drinking can have a wide range of short and long-term impacts and some of the risks will apply every time you drink to excess. Binge drinking can affect your coordination, judgement and behaviour, leading to an increased risk of accidents and poor decisions.

This could involve anything from unsafe sex and unwanted pregnancies to criminal and violent behaviour. In England and Wales, more than two thirds (67%) of violent incidents that took place in public spaces were related to alcohol.

Women who drink in pregnancy can harm their developing child, increasing the risk of premature birth, miscarriage and serious conditions such as fetal alcohol syndrome.

Regular binge drinking can also lead to an alcohol dependency or addiction, making the prospect of giving up alcohol or even cutting down on your drinking increasingly harder to do.

How to stop binge drinking

If you don’t want to stop drinking altogether, you can still take certain measures to cut down the amount you drink. Try switching to lower alcohol options. Set a limit on the number of drinks you will have or the amount you will spend before drinking.

Don’t ‘pre-game’ or ‘pre-load’ before going out and limit the amount of alcohol you have in the home. You might want to avoid certain social situations or even change your social circle if it leads to frequent heavy drinking.

If you find it difficult to cut down or feel you are developing an alcohol addiction, it is always best to seek help as soon as possible. This may involve an alcohol rehab complete with detox, therapies and aftercare but there are other less drastic treatment options available if your alcohol problems are not as advanced.

Alcoholics Anonymous and other support groups can also be valuable resources for many people.

If you are concerned about your binge drinking or any other aspect of your drinking habits including alcohol abuse and alcoholism, contact us today.

We can offer confidential help and advice and, if you decide that rehab is the best option for you, we can start the ball rolling.

From detoxification to addiction therapies, aftercare and relapse prevention, rehab can help you to move forward into a more positive sober lifestyle.