Dangers of Alcohol in the Summer 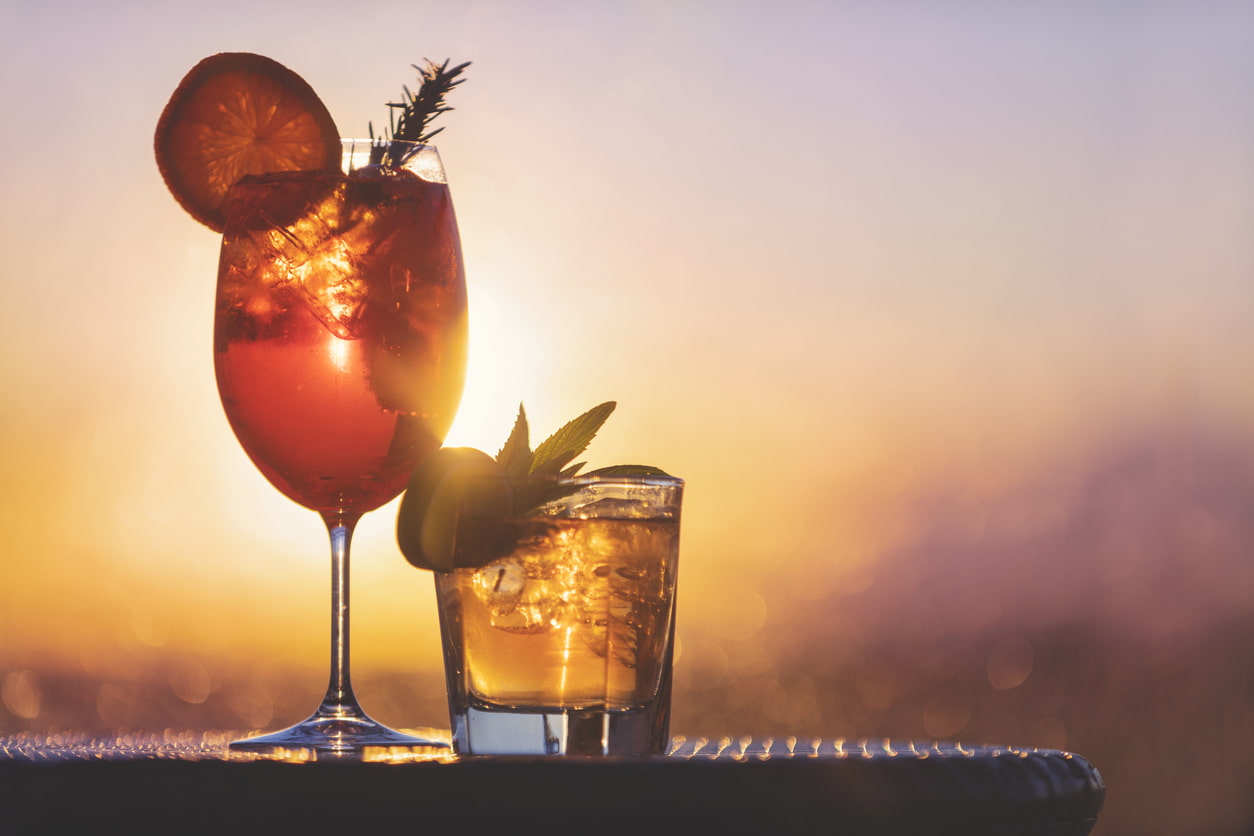 We’ve just been through a record-breaking summer, with the highest temperature ever recorded in the UK and a heatwave that was much more widespread than in previous summers.1 Experts believe extreme summers will become more and more common and so will associated risks such as heatstroke and even wildfires.

For many people, the sunny weather provides the perfect excuse for a trip to the nearest beer garden or a boozy picnic in the park. This might seem harmless but drinking alcohol in hot weather can bring its own risks – even in moderation. If you do drink in the summertime, there are a number of dangers you should be aware of…

What are the Risks of Drinking in the Sun?

Drinking alcohol always carries risks. According to Government figures, alcohol misuse is the leading cause of ill-health, disability, and death, with more than a million admissions to hospitals for alcohol-related conditions each year.2

Many of these are related to long-term or chronic alcohol use but there are also risks related to single episodes of drinking, especially when this involves binge drinking. Binge drinking can be risky and harmful at any time of the year, but there can be particular dangers during the summer months. These could include:

Dehydration can be a risk to anyone in the hot weather, especially in extreme temperatures like those experienced recently. It occurs when the body lacks sufficient fluid levels to function correctly and can lead to symptoms such as headache, dizziness, and fatigue. In severe cases, untreated dehydration can even prove fatal. You might think a cold, refreshing beer or chilled glass of wine would help to top up your fluids but the reverse is actually true.

Firstly, alcohol acts as a diuretic. This means that you pee more, actually losing more fluids than you take on, as well as essential minerals known as electrolytes. Alcohol also affects the ability of the kidneys to filter the blood and maintain the balance of fluids and electrolytes in the body.3

Drinking alcohol can also make you sweat more – which cools you down but also results in the loss of more fluids. If you are unable to regulate your body temperature through perspiration, this can lead to heatstroke, which can be very dangerous.

Finally, being intoxicated might lead to you ignoring warning signs and spending more time in the heat and direct sunlight. For all these reasons you should limit the amount of alcohol you drink when it is hot. If you do drink in hot conditions, you should also take in plenty of water or other suitable fluids such as sports drinks.

Cooling down with a dip in hot weather might sound like a great idea but you should always take care, especially if swimming in the sea, rivers or open water like lakes and reservoirs (some of which may be prohibited anyway).

An average of 400 people accidentally drown in the UK each year.4 According to the Royal Life Saving Society UK, a quarter of all adult drowning victims have alcohol and/or drugs in their bloodstream. Many of these fall into the water accidentally (such as when walking home from a night out) but others enter intentionally to swim or mess about.

Some risks of swimming after drinking alcohol include:

Some people may be more likely to drink and drive during the summer, whether they are attending a barbecue at a friend’s house, visiting a country pub or any other situation. The drink drive limit is 35 micrograms of alcohol per 100 millilitres of breath in England Wales and Northern Ireland, and 22 micrograms in Scotland.6

There is no safe limit for drink driving though, as even small amounts of alcohol can impair your ability to drive. Additionally, it is difficult to gauge if you are under the drink drive limit as the way alcohol affects you can depend on a number of factors, including:

It is best to avoid drinking altogether if you are driving. It is also worth remembering that you might still be impaired and possibly with an illegal level of alcohol in your system if driving the morning after drinking. This is particularly the case if it has been a heavy session. It typically takes around an hour for your body to process one unit of alcohol.

Temperatures are not the only things that can run hot in the summer months. It seems that tempers can too. Violent crime has been shown to be an average of 14% higher when the temperature was above 20C than compared to when it was below 10C.

In 2018, after a record number of 999 calls, West Midlands Police said: “A combination of the World Cup, summer heatwave and excess alcohol are being blamed for the surge.” There are certainly proven links between violence and alcohol consumption and this may be worse during the summer, when people tend to start drinking earlier and may drink more overall.

Alcohol is an addictive drug and anyone who drinks regularly could find themselves developing an alcohol dependency. This can occur at any time of year of course, but if you are drinking more regularly or consuming larger amounts during the hot weather, this could put you more at risk.

If you are concerned about your drinking and would like expert, confidential advice, contact us today to find out how we can help.