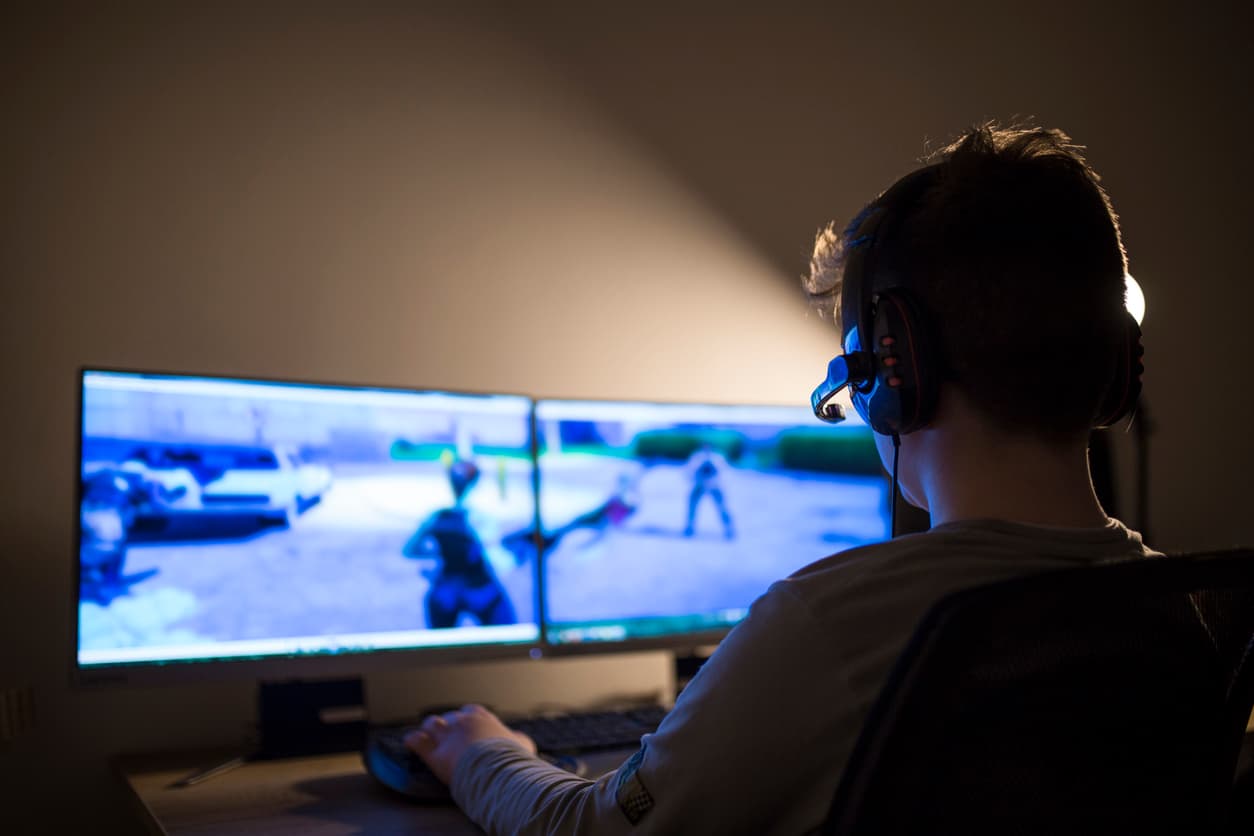 Kids love gaming. They are happy to spend hours in their rooms playing on their gaming consoles and getting lost in an online world. Many parents find gaming a convenient way to keep their kids entertained, especially during the holidays, and out of their hair.

But be aware – online and video gaming addiction has now been classed as an official illness and is recognised as a type of mental health disorder by the World Health Organisation.

What is Gaming Addiction?

Almost all kids, and plenty of adults, these days have a gaming console and gaming and technology has become an integral part of our lives and this is not necessarily unhealthy. Gaming is here to stay and is very much a part of modern life and according to the Video Games Coalition, their products are enjoyed responsibly, safely and sensibly by more than 2 billion people worldwide for recreational therapeutic and educational purposes.

There is definitely a time and a place for responsible gaming, but when gaming becomes a pattern of persistent and recurring behaviour that takes precedence over all other life interests and leads to significant impairment of personal growth and social development, this is a problem that needs to be addressed because if not, it could lead to a diagnoses of gaming addiction.
Since gaming addiction is now classed as an official illness and more specifically as a mental, behavioural or neurodevelopment disorder, the World Health Organisation has added it to their International Classification of Diseases (ICD), a guideline that healthcare providers use for diagnosing patients.

In their guidelines, the World Health Assembly, the decision making body of WHO, gives a very specific description of gaming disorder as “a pattern of gaming behaviour characterized by impaired control over gaming, increasing priority given to gaming over other activities to the extent that gaming takes precedence over other interests and daily activities, and continuation or escalation of gaming despite the occurrence of negative consequences.” This language is similar to that used to describe gambling addiction but in order to be diagnosed with gaming addiction, a person must suffer from a significant impairment in personal, family, social, educational and occupational growth and development and exhibit the symptoms of gaming addiction for at least 12 months

Not Every Gamer Will Suffer From Gaming Addiction

But before you panic, it is important to realise that most people can control their gaming habits and do not game to the detriment of their health or social development. Not many gamers will suffer from gaming disorder or meet the criteria of a pattern of persistent or recurrent gaming behaviour where the video gaming addiction results in significant impairment that shows sufficient severity of symptoms for at least 12 months as per the official WHO diagnose of video gaming addiction.

When you assess a person’s gaming habits or risk, you need to understand that a person suffering from gaming disorder or addiction will have extreme difficulty controlling their gaming habits and behaviour. They can’t control the frequency and length of time that they spend gaming and don’t know when to quit. According to the World Health Organisation’s director of the Department of Mental Health and Substance Abuse, in worst case scenarios players with gaming addiction will play video games for up to 20 hours a day. Their technology-related behaviour will become all-consuming and they will not sleep, eat or drink properly and won’t engage in normal social interaction.

Gaming disorder leads people to increasingly prioritise gaming over all other life interests and screen time takes precedence over healthy activities like sport, social interaction and hobbies. If not dealt with, gaming disorder will escalate to a level where the person will focus on gaming to the exclusion of everything else and despite the occurrence of any negative consequences.

Just because the World Health Organisation has recognised and classed gaming addiction as an official illness, does not mean that every gamer will become addicted or that gaming should be banned. For many people, both adults and kids, gaming is a fun pastime that helps them relax or relieve stress and it has no negative consequences. They can control how much time they spend gaming and they still take part in other healthy activities. But as with all forms of addiction, there are a small number of people who can’t control their gaming behaviour and it has a negative impact on their lives.

The video gaming industry is obviously critical of the World Health Organisations decision to class gaming addiction as an official illness. According to the Interactive Games & Entertainment Association(IGEA), which represents gaming companies and interest groups in the US, UK, Canada, Australia and other countries, the criteria used to classify gaming as a mental, behavioural or neurodevelopmental disorder is not based on sufficient evidence to justify inclusion in the International Classification of Diseases (ICD), one of the World Health Organisations most important diagnostic guidelines. The video gaming industry fears that WHO’s decision could have serious and far-reaching consequences for the industry but also be detrimental to people who are genuinely in need of help.

Be Aware That Gaming Addiction Is Real

Video gaming addiction is not common, but gamers and their family members need to be aware of how much time they spend playing video games, especially if it is at the exclusion of all other activities and they need to ensure that they have interests outside of their gaming. Gamers need to be alert to any changes in their physical or psychological health and social behaviour as a result of their gaming activities.

Alcohol, drugs, gambling; addiction comes in many guises and as society changes so does our definition of addiction and potentially addictive behaviours or activities. Not every person who is exposed to risky or habit-forming behaviour will become an addict. In fact, it is only a small percentage of people who will potentially become addicted to gaming, alcohol, gambling or prescription medication but you still need to be mindful of the potential risks and dangers.

Even though video gaming addiction has only recently been classed as an official illness, there are treatment options available. If you suspect that you or a loved one is suffering from gaming addiction you need to act now and get help, contact Cassiobury Court on 01923 369 161 to find out more about gaming addiction and how it can be treated.