Secret Drinking – How To Spot The Signs Of Alcoholism

Here in the UK, we are very open about our drinking culture. Alcohol is such an adopted substance that its consumption is part and parcel of life. Yet for some people, such ease can be very difficult to maintain, resulting in secret drinking.

Hiding, downplaying, or denying alcohol consumption and its tell-tale signs is a common symptom of alcoholism. Whilst alcoholism can affect people differently and can most definitely impact all types of people, secret drinking is one of the most common behaviours linked to the disorder.

Due to such secrecy, it can understandably be difficult to spot the signs of alcoholism, understand when enough is enough and intervene. Yet as alcohol problems can be life-limiting, it’s important to be aware of secret drinking and how to recognise it.

Here’s how, as we cover ‘secret drinking – how to spot the signs of alcoholism’. If you’re displaying any signs, hiding your consumption or believe that someone you care about may be, at Cassiobury Court we’re here for you. Alcohol advice and information is available, along with support and treatment through alcoholism.

What Is Secret Drinking?

Secret drinking is the act of abusing alcohol in secrecy. The decision has intent behind it, to avoid exposure and awareness from others. Someone who hides their alcohol consumption may drink alone, may disguise their spirits in soft drinks or may avoid all forms of public exposure whilst under the influence.

Although secret drinking is a decision, it’s driven by alcoholism. Alcoholism is a compulsive brain disorder, which adapts cognitive messaging, thought processes and outlooks. Through alcoholism, secret drinking can be justified, seen as a logical decision to protect oneself. Hiding alcohol abuse and its effects is also commonly done to protect witnesses, onlookers, and family and friends from the realism of alcohol problems.

Whilst secret drinking may seem like a good idea in the moment, it deepens the deception of denial and can make it harder for loved ones to offer support and intervene. Many rehabilitation journeys start due to loved ones and their acknowledgement. Without awareness, drinking problems can go unnoticed, aggravating as time goes on.

For a secret drinker, there are many ways of downplaying symptoms, living in denial, and escaping the reality of alcoholism. With that, hiding away can make it difficult to offer/receive support. With that, it’s important to be aware of the signs, symptoms and behaviours linked to alcoholism.

Here’s a look into ‘secret drinking – how to spot the signs of alcoholism’.

How Do People Hide Alcoholism?

Spotting alcoholism can be difficult as there are many creative ways for an alcoholic to hide their drinking. Some of the most common hiding places will be at home, hiding away the empty cans, bottles, and side effects. Heavy alcohol consumption is also encountered for most whilst alone.

Other secret drinkers are known to mask their drinking habits by mixing their drinks, by placing emphasis on another area of life, such as a new diet, or by deflecting conversations.

Denial is a damaging emotion that helps secret drinkers throughout any confrontation or recognition. The longer that denial is present, the easier it can become to fuel a vicious cycle of secrets and alcohol exposure.

Alcoholism can be recognised through the length of change that occurs to emotions and behaviours. Where great lengths are recognised, to mask consumption, to purchase alcohol from a distance and to continue drinking beyond cultural expectations, secret drinking is the answer.

Secret drinking, hiding the signs of alcoholism and escaping reality through further alcohol abuse are all damaging actions. Alcohol addiction is a serious condition, requiring professional intervention and treatment.

How To Spot Alcoholism

For most secret drinkers, secrecy and deception will not be intended. Yet in order to avoid judgement and to protect oneself, hiding alcohol consumption and drinking habits will be necessary.

It’s important to remember that secret drinking is seen as a coping strategy and as a form of protection. Yet it is in fact a way of jeopardising relationships, health, and wellbeing.

Here’s how to spot the signs of alcoholism, especially related to secret drinking. If someone you care about is displaying any of the below signs, they may be suffering in silence.

Alcoholism can be treated, as can any co-existing conditions. Yet in order to access alcohol rehab, the personal acknowledgement must be made, and support must be accepted. This can of course be tough whilst maintaining secret drinking habits. Through a confidential self-referral, or a family and friend referral, habits can be understood.

With acceptance, treatment for alcohol addiction can begin, recommended around individual needs and habits. Detoxification will be necessary, as will therapy sessions, lifestyle management and help with preventing future consumption/secrecy.

At Cassiobury Court, we offer personalised alcohol rehab programmes, in place to deliver a full opportunity of recovery. Our programmes are also designed to support loved ones, rebuild relationships and make long-term sobriety an easier goal.

Whilst it may feel easier to hide problems, support will in fact ease the recovery of addiction and its burden. Whether you’re personally hiding your habits or believe that someone else is, private support is available.

Reach out for further awareness into ‘secret drinking – how to spot the signs of alcoholism’, or for advice on approaching a referral/intervention. 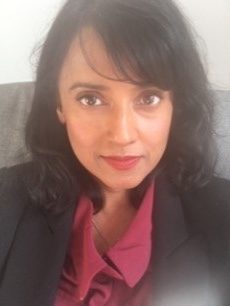