The Effects Of Excessive Alcohol Consumption And Women’s Health 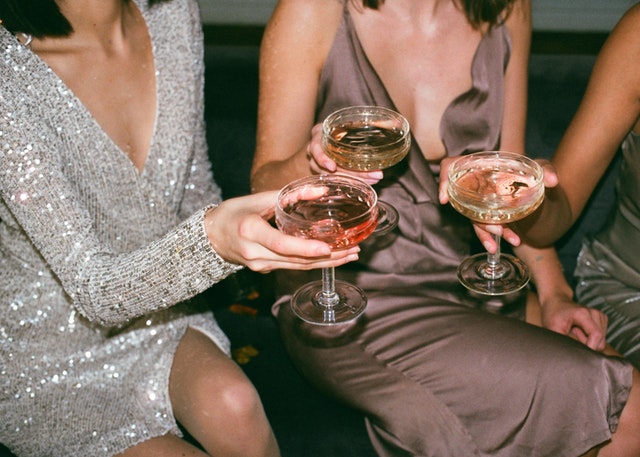 Excessive alcohol consumption, reflecting an alcohol use disorder can impact people from all walks of life, no matter their age, gender, or background.

Alcohol is a dangerous substance that can cause physical, social, psychological, and emotional damage.

Alcohol abuse can increase the risk of many conditions and co-occurring disorders. Whilst concerning for all abusers, excessive alcohol consumption is especially concerning in women.

There are some biological differences that place women at greater risk of such damages, than men. Internal functionality of storing and digesting alcohol is one of those differences, leaving women with higher levels of concentrated alcohol in their bloodstream.

From increasing the risk of cancer, infertility, and organ failure, to greater risks of assault and injury, the effects can be life-limiting and threatening. Here’s some more information on the effects of excessive alcohol consumption and women’s health, to be mindful of whilst abusing alcohol.

At Cassiobury Court, we are here for you, no matter your gender, to guide you through alcohol rehabilitation.

Biological Differences Between Women And Men

Alcohol is an addictive substance that is abused by people from all backgrounds and upbringings. There are many different internal and external factors that can increase the risk of excessive alcohol consumption, from genetics to environments and relationships.

Alcoholism is an unpredictable condition. Yet there is a predictable finding, which differentiates its effects between men and women. Due to our gender-specific biological makeup, excessive alcohol consumption is found to impact a woman’s health and lifestyle at a quicker rate. This is even the case where the same amount of alcohol has been consumed by both genders.

For a woman, higher levels of alcohol will remain in the bloodstream, as men carry more water in their bodies. The concentration level of alcohol will also be higher in women, harder to digest and recover from. The average woman is also smaller in size when compared to the average man. Similar binge drinking habits will impact a woman at a higher rate, slowing down and intensifying the difficulty of the metabolising process.

Due to such differences, rapid health and social effects are much more concerning in women. Here’s why, as we consider some of the effects of excessive alcohol consumption and women’s health.

How Does Alcohol Affect Women Differently To Men?

Health and social effects of alcohol abuse are expected in men. Yet the specific effects will differ from a woman’s, due to biology, lifestyle, and societal roles. It is important to remember that alcohol abuse and alcoholism is dangerous for all users. Yet this blog is focusing on the specific differences, increasing the rate of damage for women.

The effects of excessive alcohol consumption and women’s health are understandably worrying. The most worrying focus is however on infertility.

Alcohol abuse is found to disrupt the menstrual cycle. It can either delay or completely diminish ovulation, which can make it harder to conceive.

For a woman who regularly binge drinks, risks of early-onset menopause are also expected, even in younger women. This can increase the risks of infertility, whilst bringing on many other unpleasant side effects.

Alcohol abuse can result in life-threatening health implications for women. Alongside such concerns, risks of alcoholism are also high, making alcohol a challenging substance to withdraw from.

Here at Cassiobury Court, we facilitate alcohol rehab for women, by tailoring each step to their specific needs. Treating addiction is a personalised process, no matter whether a man or woman is affected. Yet by taking into account biological differences, we are accommodating throughout the types of treatments and support that we deliver.

In place to promote alcohol detox and withdrawal, along with full rehabilitation, giving up alcohol and its damaging traits is possible. If you’re worried about your consumption levels or feel that your health is deteriorating due to alcohol abuse, reach out to our team.

The effects of excessive alcohol consumption and women’s health will remain. A confidential admissions process can help you access alcohol rehab, to reduce such risks.