We have treatment centres for cocaine rehab in Birmingham

Cocaine can be a very addictive drug, and it is important to get help if you are struggling with addiction. If you live in the Birmingham area, there are several excellent rehab facilities that we can offer you to help you overcome your addiction.

Recovering from cocaine addiction can be difficult, but it is worth it to get your life back on track. There are many different programs available and we can assist in finding one that fits your needs, please do not hesitate to contact our admissions team today to kick start your recovery.

Get Help in Birmingham Now

We offer residential cocaine rehab in the Birmingham area

Cocaine, or coke, as it’s more commonly known, is a highly addictive drug. The brain changes if you use it, releasing dopamine that makes people feel happy and confident. But these effects only last for just a short time. You crave more as they start to wear off, leading to excessive use and addiction.

There are 3 types of cocaine, all different in appearance. Coke is a fine white powder; crack is rough like tiny rocks; freebase is hard and crystalline. Despite having differing appearances, all three types are highly addictive and produce similar effects. You’ll likely use one kind of cocaine over the other, either by snorting, injecting as a prepared liquid or smoking it.

Signs That A Family Member Or Friend Is Addicted

There is no typical cocaine addict. Many people have typically ‘blue-collar’ jobs, a university education, and come from comfortable middle-class backgrounds. Others struggle with unemployment, family issues and a difficult upbringing. Knowing when a friend or family member is addicted to cocaine can be tricky, as many take drugs in secret.

Here are some signs to look out for:

How Do I Know If I’m Addicted?

If you’ve tried to reduce the amount of cocaine you’re taking and it hasn’t worked, you’re likely addicted. You don’t have to take cocaine every day to be an addict; it can be a few times a week, but if you crave it, you have a problem. If you recognise any of these signs in yourself, then it’s time to seek help:

Could Cocaine Rehab in Birmingham Help Me? 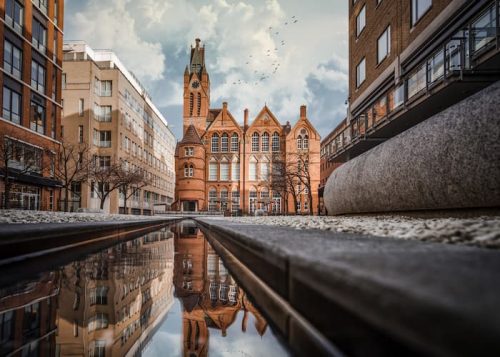 Conquering an addiction on your own can be tricky. A stay at a specialist drug rehab centre in Birmingham such as Cassiobury Court will help you beat your cocaine habit and give you the tools to live a drug-free life.

People are often nervous about staying away from home, but rehab centres are welcoming and comfortable sanctuaries. As an inpatient, you’ll meet other people who are determined to break their addictions — this is a big motivator and support.

The first step of rehab is a drug detox. Detox is a safe process, monitored by doctors, where you stop taking cocaine. Your body detoxes the drug, and you’ll experience some uncomfortable withdrawal symptoms as toxins leave your system, but doctors are with you for the duration. A detox lasts between 7 and 10 days, depending on your addiction. You may be prescribed medication to help your cravings.

After completing your detox, you’ll start the long-term rehabilitation journey, starting with therapy. People become addicted to cocaine for many reasons, and you’ll explore your own story through individual counselling and group therapy. Talking therapies such as CBT (cognitive behavioural therapy) get to the root of why you became addicted and give you tools to help you avoid drugs in the future.

People stay in a rehab centre, such as Cassiobury Court in Birmingham, for 30 to 90 days. Every rehab centre has an admissions team who advise what kind of treatment plan you need. If you have a mild addiction, you can complete outpatient cocaine rehab, meaning you stay at home and attend rehab every day or a few times a week. Outpatient rehab works for people who need to work or have family commitments.

Addiction Has Impacted My Mental Health – Will Cocaine Rehab Help?

Cocaine addiction has a massive impact on mental health. Cocaine rehab centres help you manage your mental health through a combination of therapy and, in some cases, medication to help get it under control.

If you’re already managing a mental health condition such as anxiety or depression, cocaine use worsens it. Excessive use leads to paranoia, anger and aggression, psychosis and hallucinations. Mental health specialists will work with you to help you feel your best. You’ll likely try various forms of counselling, group therapy and family therapy, all designed to help you better understand your mental health.

Will I Get Any Long-Term Support?

Your treatment plan doesn’t end when you leave a drug rehab centre; you’ll usually get 12 months of free aftercare and support. Staying away from temptations and changing destructive routines is key to breaking a cocaine addiction. Support groups such as Narcotics Anonymous are a fantastic help, as you’ll meet others who motivate and inspire you to stay drug-free.

Asana Lodge - Rehab in the Midlands

View all areas we help

Many people seem to believe that alcohol cannot be as dangerous as other prohibited and illegal drugs. After all, it’s…
Read More

Does An Addiction Ever Go Away?

If you have a drug or alcohol addiction, you probably wonder if you’ll always be an addict. The answer? Yes…
Read More

Managing Alcohol Misuse in the Workplace

Misusing alcohol in any situation can be extremely dangerous to both your physical and psychological health. When it comes to…
Read More