How Did Rehab Help Ant McPartlin? 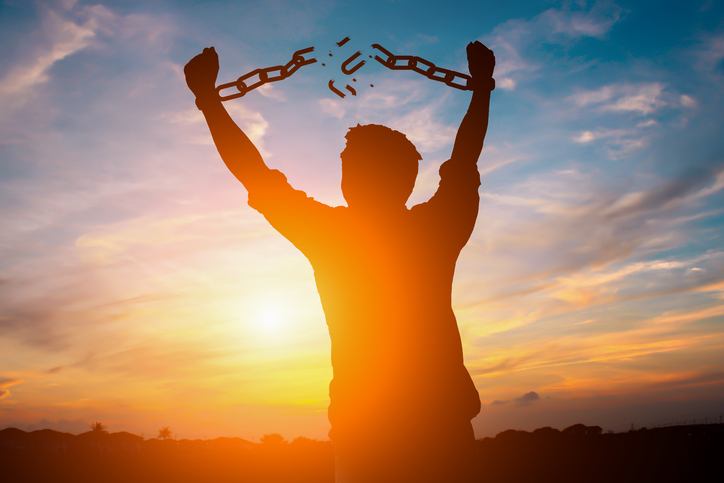 Anthony “Ant” McPartlin is one half of the dynamic presenting duo Ant and Dec. Along with Declan Donnelly, he is one of England’s best-known and much-loved actors, producers and television presenters.

Ant and Dec have had an extremely successful career as television presenters working on several hit shows including, I’m a Celebrity… Get Me Out of Here!, Ant & Dec’s Saturday Night Takeaway and Britain’s Got Talent.

But for several years, Ant McPartlin’s enthusiastic attitude and happy on-screen persona were hiding a dark secret. It came as a shock to fans across Britain when they found out that McPartlin had been struggling with substance abuse, alcohol misuse and prescription drug addiction for over two years and that the addiction almost destroyed his life. Like so many other prescription drug addicts, McPartlin did not fully understand the dangers of prescription painkillers when they were first prescribed to him by a doctor.

The Geordie TV star initially started taking legally prescribed painkillers following a serious knee injury in 2014 and unsuccessful operation the following year. Unfortunately, like a lot of people, he soon got hooked on tramadol, a painkiller prescribed to alleviate the pain caused by moderate or severe injuries.

After rehab, McPartlin talked openly about his experiences mixing alcohol, tramadol and other non-prescription drugs and how his spiralling addiction to drugs and alcohol almost cost him his marriage to his wife, Lisa Armstrong. He spoke out about how he mixed tramadol and alcohol and began suffering from hallucinations and depression, putting his wife through hell in the process.

But it all came to ahead on 18 March when Ant took a combination of painkillers and alcohol that resulted in an extremely bad reaction. While driving under the influence, he smashed his car into two other cars in London, leaving a young girl needing hospitalisation for her injuries. When tested after the accident, McPartlin was found to have a blood alcohol level of twice the legal limit. He was fined £86 000 and banned from driving for 20 months. According to sources close to the actor, he had been in denial about the severity of his addiction before his drink driving accident but in June 2017, he finally accepted that he had a problem and needed help.

Ant checked himself into rehab for addiction to prescription medication and alcohol use disorder.
After entering rehab, Ant stayed there for two months and got the help that he needed before his life spiralled totally out of control.

Rehab Had A Positive Outcome for Ant McPartlin

Post-rehab McPartlin was ready and eager to get back to work with his best mate and co-star, Declan Donnelly. He was spotted looking relaxed and happy while walking his Labrador Hurley in a London park. This was a marked difference from his appearance outside Wimbledon Magistrates Court, where he publicly apologised for driving under the influence and crashing his Mini into two other vehicles. He told his fans and supporters that he was truly sorry and ashamed after pleading guilty to drink driving.

This incident demonstrates how rehab helped Ant McPartlin. He was fortunate enough to recognise his addiction and was able to get the help he needed before his life deteriorated any further or he was involved in a more serious accident. But a lot of people are not as fortunate as McPartlin and do not get the help they need. Eventually, their long-term addiction to prescription drugs and alcohol can lead to serious health complications. For example, the known side effects of abusing tramadol and other prescription painkillers include seizures, depression, hallucinations, kidney and liver failure, all of which are extremely serious and in some cases life-threatening conditions.

Prescription Painkillers Are Not Exempt From Abuse

As Ant McPartlin’s stint in rehab clearly shows, prescription painkillers may be legal, and they are prescribed by doctors, but they are still drugs and need to be taken with care. Prescribed medications can be just as dangerous and addictive as illegal street drugs, if they are abused and not taken according to a doctor’s instructions. Unfortunately, anyone can fall victim to prescription drug addiction, and it is not just celebrities that are at risk. Any person who suffers from a serious or debilitating injury for which they are prescribed opiate-based or other strong painkillers can easily become addicted if they are not carefully monitored.

The fact that Ant McPartlin was prepared to speak out about how rehab helped him overcome his addiction to painkillers and alcohol has highlighted the plight of so many others and focused the spotlight on the dangers of abusing prescription painkillers. In the United Kingdom, there has been a marked rise in prescription medication addiction and approximately 65% of patients entering UK addiction centres are addicted to alcohol, common painkillers, like codeine and tramadol, and other legally prescribed medications such as benzos and diazepam. Part of the problem is due to the fact that people do not understand the dangers of abusing prescription painkillers and are unaware of the addictive properties of these medications.

Rehab Is The Best Way to Overcome Prescription Drug Addiction

If left untreated, prescription drug addiction can lead to serious long-term social, physical and mental health disorders. If you suspect that you, or anyone close to you, is addicted to prescription drugs and requires treatment, it is important to act as soon as possible. This is not a problem that will solve itself and many people who try to detox on their own without medical supervision suffer from life-threatening withdrawal symptoms and are more likely to relapse. Overcoming prescription drug addiction requires support and a focused treatment plan that combines drug rehab and behavioural therapies.

You have seen how rehab helped Ant McPartlin and to find out more about how rehab can help you, contact Cassiobury Court. Our residential prescription drug rehab treatment program is designed to help you recover from prescription drug addiction and guide you on your road to long-term recovery. Call us today on 01923 369 161 to discuss your treatment options.