Common Excuses For Drink Driving In Over 55s 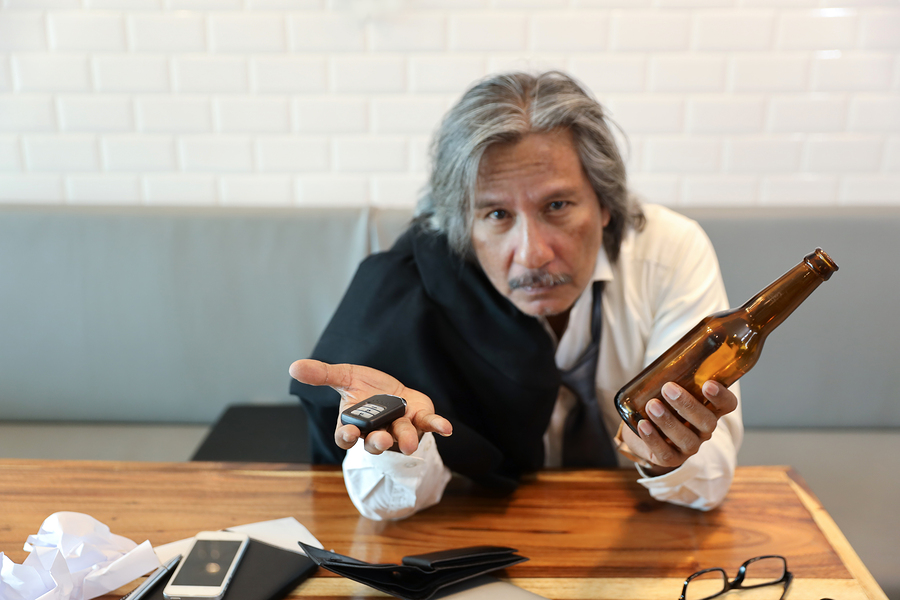 A recent study by Direct Line Motor Insurance has shown that people over the age of 55 are more predisposed to accidents caused by drinking and driving than previously thought.

According to the research, 1.6 million older people will admit to knowingly drinking and driving, whilst a further 3.6 million older drivers will admit to potentially having driven over the alcohol limit. In a similar vein, an analysis of Department for Transport (DfT) data conducted by Direct Line revealed that 45,500 road accidents out of 175,000 in 2017 involved drivers over 55.

The main reason given for drinking and driving was that the journey was only a short one, with over 1.2 million older drivers giving this as an excuse, and more than 750,000 respondents said that they got behind the wheel whilst aware that they may still have been drunk from drinking the night before.

Whilst there is a clear belief that younger drivers are the most at risk for drinking and driving, which is reflected in insurance costs, Steve Barratt, the head of motor insurance at Direct Line, says:

“It is clear that younger drivers are not the only offenders when it comes to drink driving. Motorists may become complacent as they get older because they feel they are so experienced behind the wheel, but tolerance levels differ hugely depending on body type. Just because someone doesn’t feel drunk or is only driving a short distance does not mean they are safe to drive.”

Common excuses given by older drivers for drunk driving

Older drivers are safer and thus less likely to cause accidents on the road even when they have been drinking.

According to the Direct Line study, over half a million people believed that older drivers are safer on the road and thus pose less of a risk for accidents, even if they have been drinking. However, with 26% of accidents caused by those in the 55+ category in 2017, this belief is clearly unfounded.

Whilst older drivers may have had longer on the road, this comfort with driving can lead to complacency and making simple mistakes that younger drivers perhaps wouldn’t make. Alcohol also affects people in different ways, so it is not possible to predict how a driver will perform when under the influence.

Many people over 55, including more than one million respondents to the survey, believe that eating a big meal before driving reduces the potency of any alcoholic drinks enjoyed with the meal.

However, whilst alcohol is absorbed faster on an empty stomach than a full one, this does not mean that alcohol doesn’t affect you if you are eating at the same time.

In fact, adults over the age of 55 may not metabolise alcohol as efficiently as younger people, meaning that they could be at more risk of drunk driving – even if they have eaten. Older people may also feel more tired after eating and drinking alcohol, increasing their risk of dangerous driving.

Men are safer to drink and drive than women

According to the Direct Line study, more than one million older drivers mistakenly believe that men can drink more than women and still be safe to drive.

Whilst it is true that men can generally drink more alcohol units than women before they begin to feel the effects, there is also a whole range of factors that affect how alcohol affects an individual. These include weight, genetics, use of prescription medications, levels of dehydration and even certain illnesses, so it is possible to change day by day.

Older people also tend to be more likely to be taking strong prescription medications, including opiate-based painkillers, which can seriously affect how their body copes with alcohol.

If you don’t feel drunk then you can drive safely

Alcohol makes subtle changes to your abilities without you necessarily being aware of it, so you could very well be unsafe to drive long before you feel ‘drunk’.

Changes to judgement and perception, and slightly slower reaction times may be almost undetectable to you and those around you but can lead to serious miscalculations behind the wheel. Your eyesight can also be affected by alcohol, with night vision and peripheral range both limited.

Department for Transport statistics reveals that 15.3% of over-50s in England fail roadside breathalyser tests after being involved in an accident or pulled over, which goes to show how widespread this belief is.

Signs of an alcohol problem in an older person

If you suspect that an older person in your life is struggling with an alcohol problem this can be difficult to both prove and approach them. It is hard to talk to someone your elder about addiction problems because you don’t want to be patronising or cause offence.

Older people are also less likely to be out in pubs and bars, meaning that their drinking is hidden behind closed doors. If they are retired then they won’t have the issue of their addiction causing problems at work, and if they live alone there won’t be anyone to pay attention to how often/how much they drink at night.

Some subtle signs to look out for might include:

When it comes to approaching a loved one regarding a sensitive subject such as addiction, it is important that you are careful and prepared so that you don’t risk them isolating you further. Some guidelines include:

Cassiobury Court is able to help you to approach your loved one and help them to overcome an addiction to alcohol, whatever stage of life they are in. Having a place at an alcohol rehab centre ready for them can be the critical final step when it comes to helping someone to overcome addiction, as it helps them to get into recovery at the moment when they are the most motivated to do so.