What Are the Physical Signs of Depression? 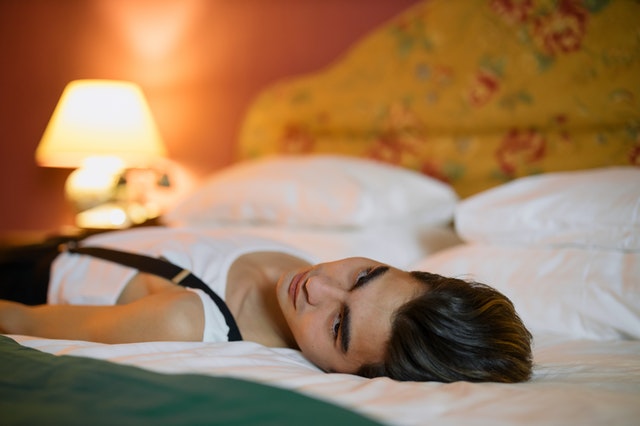 With depression being a mental health issue you don’t often think of it as being able to give physical effects. However, there is a large connection between mental and physical health as many mental health disorders have physical side effects.

In some parts of the world, such as China, depression is considered a myth and is a taboo subject. Therefore, people suffering from depression in those places tend to report only the physical effects to a doctor as they do not realise they are signs of depression.

Headaches are so extremely common and a regular side effect of many illnesses and allergies. Many people get headaches due to stressful situations or stress at work, however, if you are struggling with lighter, constant headaches it could be a symptom of depression.

There is also a kind of headache called ‘tension headaches’ that are common with depression and other mental health conditions such as anxiety. Tension headaches can often feel like your head has elastic bands wrapped around it, a swelling or squeezing kind of feeling or throbbing.

These are completely harmless but can be concerning when you first feel them without knowing what they are.

Depression and aching in the back or aching all over has been linked for a long time. Many people who suffer from depression find they get symptoms often linked with poor posture. Many believe there is a link between depression and the inflammatory response in the brain, causing sore joints and aching muscles.

One of the most common and most recognised physical sign of depression is fatigue. Most people who suffer from depression notice that they often feel irritable and struggle with concentration due to fatigue.

Some people with depression sleep much more but feel they didn’t have a restful sleep, leading to a constant state of sluggishness and feeling foggy. Fatigue and depression are two symptoms that make each other worse, it’s a vicious cycle.

There are many other reasons someone may be extremely tired when they are depressed, for instance, many people with depression suffer from trouble sleeping. Some people become fatigued from drastic changes in their body, such as weight gain or weight loss.

Digestive issues are extremely common in people with depression. Depression can often lead to symptoms such as constipation and diarrhoea.

Many people diagnosed with irritable bowel syndrome or IBS are told it is a result of stress or depression. This can cause upset stomach, stomach pains, bloating, diarrhoea and constipation, it’s no wonder the gut is often referred to as ‘the second brain.’

Depression can cause some people to stop eating causing them to lose weight. However, some people find they cannot stop eating when they are depressed, leading to weight gain. Both of these changes in appetite and weight can cause a severe lack of energy which can cause more depression.

Weight gain and loss can also be due to substance abuse caused by depression. Often when people are depressed, they look to alcohol or drugs to cope, this can cause a number of symptoms.

Many people with depression report changes to their sleep including issues such as insomnia. Some have difficulty falling asleep and some struggle to stay asleep, only sleeping for a very short amount of time every night.

Others find they cannot sleep enough and find themselves being exhausted but not having restorative sleep. Some people struggle with nightmares, this can cause a lack of sleep and wake up often in the night. The sleeping issues, of course, lead to fatigue and more depression.

The signs and physical symptoms of depression can feel dreadful. But there is good news, there are a few easy things you can do to help yourself and try to ease some of the worst of it.

Here are a few tips for managing the physical signs of depression:

Exercise – You will of course have been told this before but just going for a walk for a few minutes every day can really help your mental health, it may even help with your fatigue and sleep troubles.

Practice mindfulness – Meditation is a great way to relax and pay attention to yourself and what your body needs. It’s a positive step to beating the symptoms of depression.

Eat well – Taking care of your body is important, a little self-care goes a long way when dealing with depression.
Eating well will help with your energy levels.