What Are The Main Consequences Of Being Under The Influence? 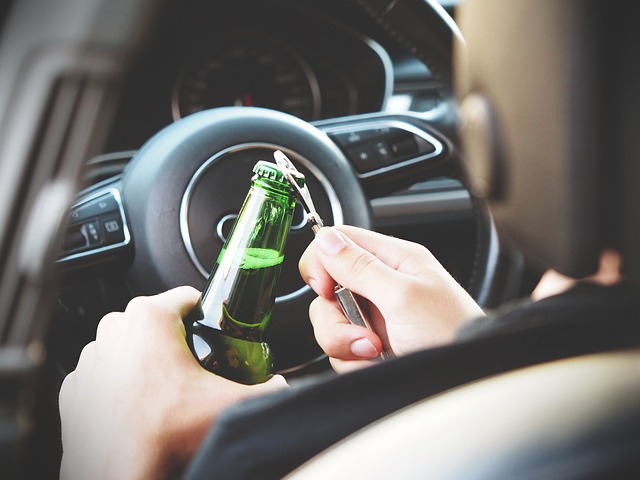 There are many consequences that come from using alcohol or drugs, particularly for those struggling with an addiction, who are statistically more likely to take risks as a result of their substance misuse.

More than 10,000 people die every year as a result of drink driving incidents and driving while intoxicated is one of the most dangerous risks that you can take. But there are plenty of other risks too.

It is well known that alcohol affects the part of your brain that deals with risk awareness, lowering your inhibitions and causing you to behave in ways that you would never even conceive of if you were sober.

There are a host of alcohol-related offences that you might commit if you are suffering from an addiction, including:

If you do commit any of these offences when drunk or under the influence of substances, you are likely to be arrested and subsequently charged. Whilst having a criminal record is not something to be proud of, the consequences of these offences don’t just stop there.

If you are convicted you might go to prison or have to do community service. This could affect your job and cause you to lose your current employment, and then struggle to find new employment thanks to your criminal record.

If you lose your driving license or have it suspended as a result of a drink driving conviction, you might struggle to get back into certain industries. These issues can go on to cause friction in your family and social circles as well.

Alcohol affects driving from a very early stage, even if you don’t actually feel the effects in yourself. Many of the brain functions that we need to drive safely are compromised when you drink alcohol.

When you are driving under the influence of alcohol:

If you are caught drink driving, there are a number of different penalties that you could face. You can be imprisoned, banned from driving for a set time (or even for life) and fined.

The penalty you get will depend on the seriousness of your individual incident, which will be decided by the magistrates who hear your case. For the most part, penalties for different types of offence will be:

For being in charge of a vehicle when over the legal limit, you may get:

For driving or attempting to drive while above the legal limit you may get:

For refusing to provide a specimen of breath, blood or urine when pulled over by police you may get:

For causing death by careless driving when under the influence of alcohol, you could get:

It is possible to reduce a driving ban by signing up for a drink-drive rehabilitation scheme (DDRS), but again this is up to magistrates to offer at their discretion.

Domestic violence is one of the most serious and common legal issues attributed to alcohol. It is estimated that alcohol use is a factor in between 25 and 50% of all domestic violence cases, and can be perpetrated by one adult on another (usually between romantic partners), or upon children and other family members.

Domestic violence can affect the entire family dynamic and cause families to break down, leading to trauma that affects everyone from the perpetrator to loved ones outside of the family home.

Statistics for alcohol and domestic violence show that:

• Alcoholics are more likely to commit acts of sexual violence

• When an alcoholic commits an act of domestic violence, they are more likely to commit serious injury than those who are not under the influence

Other Types Of Alcohol-Related Crime

As previously mentioned, alcohol affects the brain in such a way that it loosens inhibitions and makes users more likely to take risks. It is also known for its ability to change personality traits and alter the behaviour of the addict.

People who abuse alcohol all the time tend to become more aggressive and less rational, meaning that violent incidents are far more common.

There were approximately 561,000 incidents of violent crime in England and Wales in 2017/18, in which the offender was believed to be under the influence of alcohol.

Perpetrating acts of violence when under the influence can lead to being arrested and charged, and those who repeatedly commit these acts are likely to receive harsher penalties over time.

You could end up in prison, fined or made to do community service if you are violent or disorderly when under the influence.

If you are worried about your alcohol intake and suspect that you are on a dangerous path that could potentially lead to criminal prosecution, it is best to get help as soon as possible.

Cassiobury Court offers a comprehensive residential rehabilitation programme that will help you to understand the root causes of your addiction, detox and recover.

You will receive 12 months of aftercare designed to help you get back to your day to day life, and enjoy group and individual therapies that can help you to adjust to your sobriety.

To find out more, contact Cassiobury Court or you can text HELP to 83222.